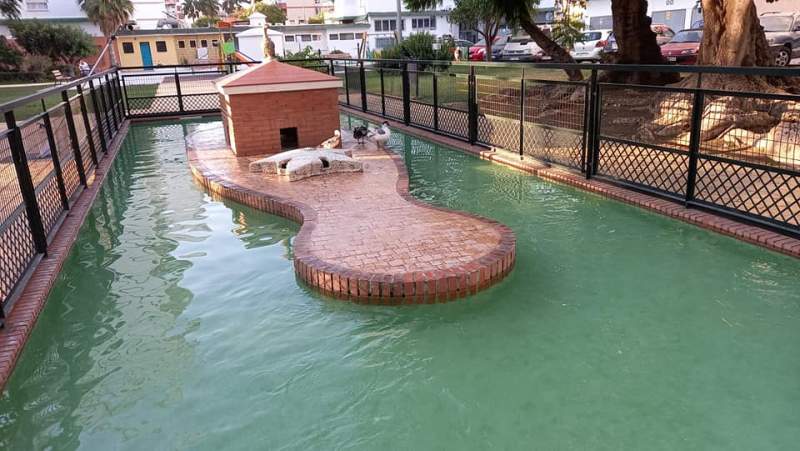 Now is the time to spend a few minutes to find out what’s happening with the latest Axarquia news in brief.
Out and about
EVERY day, council workers are out and about in Torre del Mar, spraying down the roads and pavements and repairing any damage that may have occurred to street furniture. One of their latest projects was to tidy up the duck pond in the Europa development.
Run aground
A SMALL yacht which was anchored in a bay at La Herradura last Saturday July 31, was blown onto the shore and beached as it appears from reports that it’s anchors whilst deployed were unable to hold against the force of the wind and the ocean.
Call for dismissal
AFTER being denied permission to bring an appeal against a conviction for his actions when arguing with a neighbour, Rincon de Victoria Councillor José María Gómez has been subject to a call by opposition councillors to be dismissed as his actions were considered inappropriate for a public servant.
Less unemployment
MOST of the 31 municipalities that belong to Axarquia have seen a drop in unemployment so that overall, there were 2,105 fewer unemployed in the region by the end of July. Leading the return to work was Velez-Malaga with 803 less and the total figure for Axarquia is now 17,791.
Artisan night
As part of Cultural August in Frigiliana, every Thursday night in August from 7pm to 11pm there will be stalls placed throughout the old town on what is to be called Artisan Night where various artisans will show visitors how they make their different crafts.
King Baudouin
PRINCESS Margaretha of Luxembourg and the Belgian ambassador to Spain, Gerard Cockx, visited Motril on Saturday July 31 to join with the Council in honouring King Baudouin of Belgium, who died in his summer residence in Motril 28 years ago.
Thank you for reading ‘Find out what’s happening with the latest Axarquia news in brief’ and remember that all articles produced by Euro Weekly News may be accessed free of charge.