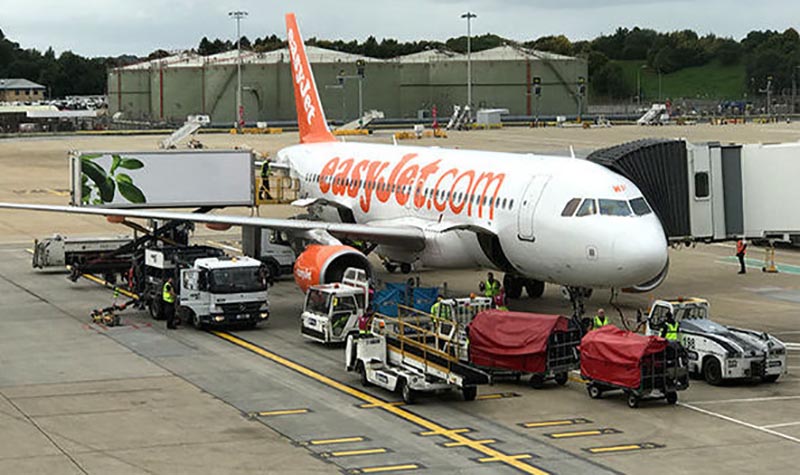 Armed police take over easyJet flight to Malaga after passenger mutiny.
EASYJET passengers staged a mutiny after armed police tried to evict two black men off a flight to Malaga.
Travellers forced the airline to replace its cabin crew when armed police turned up following an altercation on the way to the runway at Gatwick airport.
Passengers explained the crew had overreacted after the two men just “huffed” when they were told to put their shoes on for take-off- a standard procedure. The 2 hours 30-minute flight to Malaga, which was taxing and nearly about to take off, was forced to return to the gate where the cabin crew had to be replaced.
They not only had their luggage taken off the aircraft, but they even had their passports confiscated for being “disobedient”.
Fellow passengers quickly defended the duo, telling them “no, don’t get off” and “sit down”. The captain then announced the flight’s crew would be replaced before heading to the Spanish holiday hotspot of Malaga.
At the gate, armed police were called to intervene and deal with the “unruly passengers.” A flight attendant told the police there were two “disobedient