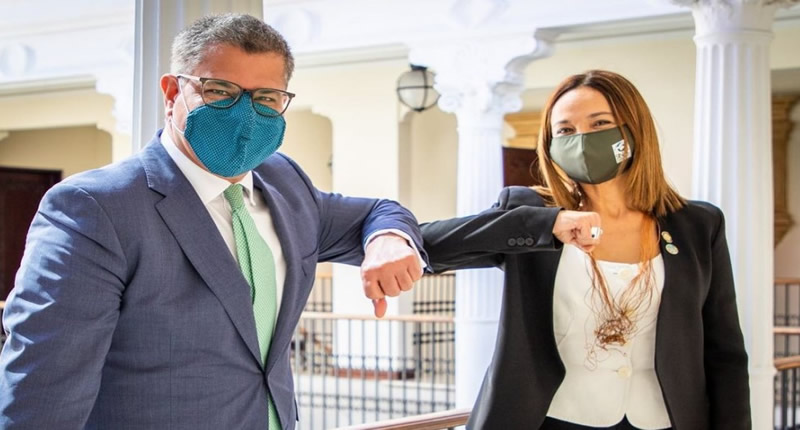 CLIMATE minister Alok Sharma allegedly made around 30 international flights since the start of 2021, including six to destinations on the UK’s travel red list

It has come to light that the British government’s climate minister, Alok Sharma – who is also the COP26 president – has made up to thirty international flights since the start of the year, including six trips to destinations that are on the UK’s travel red list, according to the Daily Mail, and reported by Sky News.

Their report points out that almost fifty per cent of those trips were made while the country was in the middle of an almost blanket international travel ban, and it is alleged that Mr Sharma did not need to quarantine after returning from any of his trips because he is a “crown servant” going about state business, which does at least need a negative coronavirus test.

Liberal Democrat transport spokesperson, Sarah Olney, reportedly told the Daily Mail, “As usual with this government, it’s one rule for them and another for everybody else. While Alok Sharma flies to red-list countries with abandon, hard-working families can hardly see loved ones or plan holidays as the government changes travel rules on the hoof”.

While Baroness Jones of Moulsecoomb, the Green party peer, commented, “I do understand it’s very good to meet people in person, but this is excessive. When you’re in charge of COP26, to take this many flights is hypocritical”.

Figures show that two per cent of all human-induced CO² emissions are caused by the aviation industry, says the air transport action group, with Mr Sharma’s Instagram feed regularly exhibiting shots of him meeting various international dignitaries during visits to countries such as India, Brazil, and Bolivia.

His other trips have allegedly included Bangladesh, Turkey, the United Arab Emirates, and Qatar, all on the red list, as he travels the world tasked with securing commitments from the necessary representatives of key nations ahead of this winter’s Glasgow climate change summit.

When questioned by the Daily Mail, a source close to Alok Sharma reportedly told them, “Face-to-face diplomacy is vital to securing commitments from key countries at COP26. All UK government ministers who travel abroad are subject to the same rules on quarantine and to a COVID secure testing regime”.