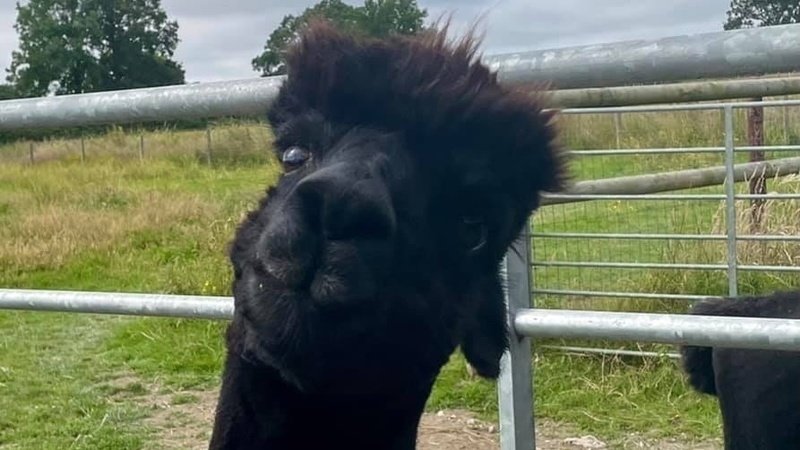 A firing squad that was due to destroy a beloved alpaca has been called off for 48 hours, according to reports.

Eight-year-old Geronimo the alpaca from New Zealand but now living in Gloucestershire was due to be killed after a High Court judge ruled he be sentenced to death by firing squad after testing positive for bovine tuberculosis (bTB) twice.

However, the case has been taken up by animal rights activists when the news of his death was broadcast around the world.

Without warning, two police officers arrived at the farm in Wickwar, Gloucestershire, last night, August 6, as they reportedly told Geronimo’s owner how he would be killed humanely.

It has been reported that the firing squad has now been “called off for 48 hours”.

This weekend, animal rights activists will take to Downing Street to demand the animal is kept alive after celebs Chris Packham and Joanna Lumley showed their support.

Over 90,000 people have signed a petition to save Geronimo after his owner Helen MacDonald lost her court battle to save him. She has said she will stand in the way of the firing squad.

She said: “Two officers turned up to the farm as they wanted to make contact and see what type of opposition they might be met with and if they would need organised back up.

“It was a bit of a recce it seems. They did say it would not be done today but didn’t know anything else about timings etc.

“We did not know they were coming so everyone shot down the drive with their cameras. I asked if they had a warrant, which they didn’t, and they then asked if they could speak to us without cameras.

“They had a chat with me and my family for about 15 minutes and then they left.

“They were just testing and wanted to see what the set-up was, how many people were here and what type of opposition they would face.

“I did not say anything to them about what it is going to be like.

“They were quite concerned and said they had powers to come and keep the peace, which was all they would do.

“They are hoping it would all be done quietly without any fuss and that is clearly what they are wishing for.

“They said they only get one chance to do it and there is going to be a lot of people here.

“But again, the police turning up at my home made me feel like a criminal.

“I don’t know when they will come back, but my guess was first thing tomorrow morning. Why else would they turn up like that this evening?

“Despite all the millions of people asking for fair treatment for Geronimo, it appears Defra are still planning to upset the will of the people.