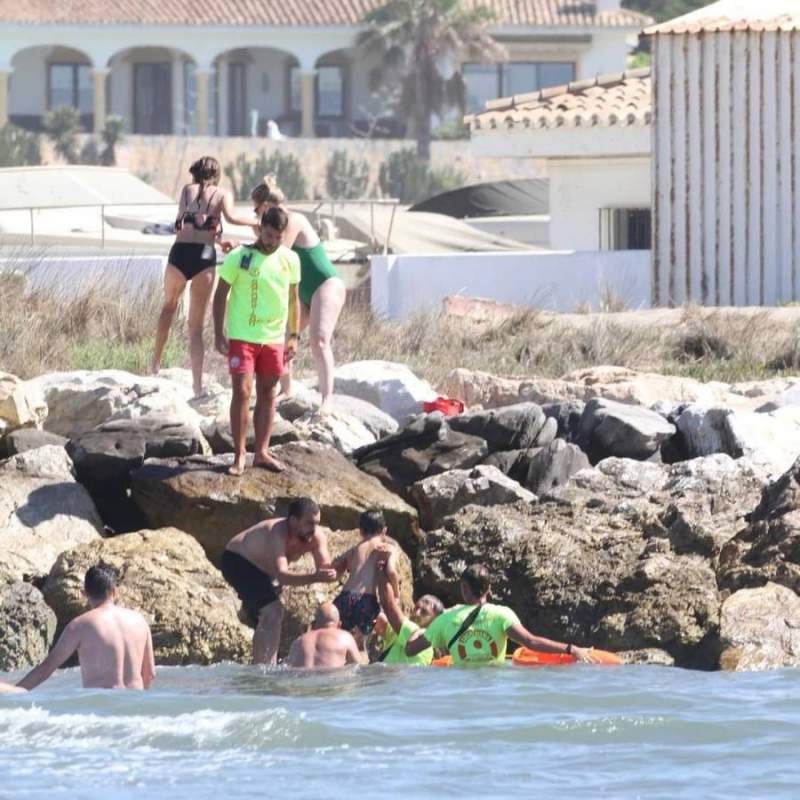 Emergency services rescued eight bathers who were forced onto the rocks at ​​Cabopino Beach, Marbella.

The emergency services of Marbella City Council (Malaga) rescued eight bathers today, Saturday, August, 7, five of them minors, who were stuck in a rocky area of ​​Cabopino Beach by very strong currents.

The rescue took place at around 11:40 am when two members of the lifeguard services located in the area dived into the water to help a group of users who ran into trouble by the rocks.

A third member of the team remained on the mainland as support during the operation, which was carried out successfully, to get everyone out of the sea which also included a local resident.

The members of the surveillance and rescue unit of the Socorrismo Málaga company, in charge of the service in the municipality, assisted some of those injured who had received scratches and bruises to their arms and legs.

In addition, during the intervention, as reported by the Marbella City Council, one of the lifeguards also suffered various injuries and minor contusions for which he was treated and later transferred to the Costa del Sol Hospital, where he was later discharged.