The Tour Of Spain cycling event begins on August 14 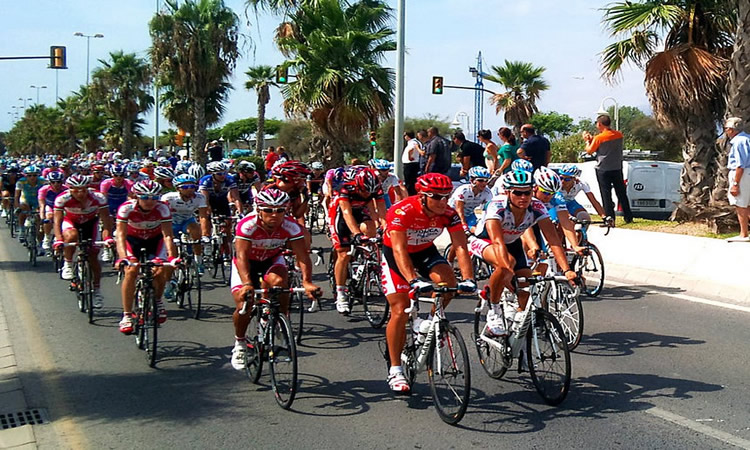 THE annual Tour Of Spain cycling event will cover 800km of Andalucia this year, with five stages, and begins on August 14

In a bid to further promote the brand ‘Andalusia European Sports Region’, in a press conference on Friday, August 6, the Ministry of Education and Sports of the Junta de Andalucia, represented by the Secretary-General for Sport, Jose Maria Arrabal, through the Public Company for the Management of Tourism and Sports of Andalusia, presented its sponsorship of this year’s La Vuelta a España, cycling competition, an event that is followed in 190 countries by an estimated 158 million people.

Also in attendance was, Javier Guillen, the General Director of Unipublic, the organizing body of the Tour of Spain, along with Spain’s Olympic medallist from the 1992 Barcelona Games, Jose Manuel Moreno Periñan.

Mr Arrabal said, “Andalucia European Sports Region is a declaration of intent, and a declaration of values, we want our society to look through the eyes of sport, we want Andalucia to believe that it can have its own personality within Spain, and that it can be locomotive together with the rest of the communities to sell Spain in the world, and that sport has a special power, otherwise we are not going to discover the sporting talent of our land”.

The Vuelta is the third in the trilogy of Europe’s ‘Grand Tours’ cycling events, following the Giro d’Italia, and the Tour de France, and this year will run from August 14 to September 5, with five of its stages – almost 800km, one-third of the total event – being held exclusively in Andalucia, and around 1,130 accredited journalists, of 34 nationalities, from 340 different media outlets, are expected to attend.

Being such a huge event, according to 2018 data, the Vuelta saw around 14,300 hours of television time, in 190 countries, having a cumulative viewing audience of around 158 million people, with the top countries for viewing being Spain, Colombia, the Netherlands, Belgium, and Germany, while internet videos of La Vuelta have notched up an amazing 25 million views, with a community of more than one million followers on social networks.

Thanks to this sponsorship agreement, the brand of Andalusia European Sports Region will be present on the official website of La Vuelta, in different formats, as well as on its social networks, and at test points such as the kilometre arc, hurdles, the podium, and in the national signal live, along with the vehicle ‘Vive Andalucia’, as reported by juntadeandalucia.es.