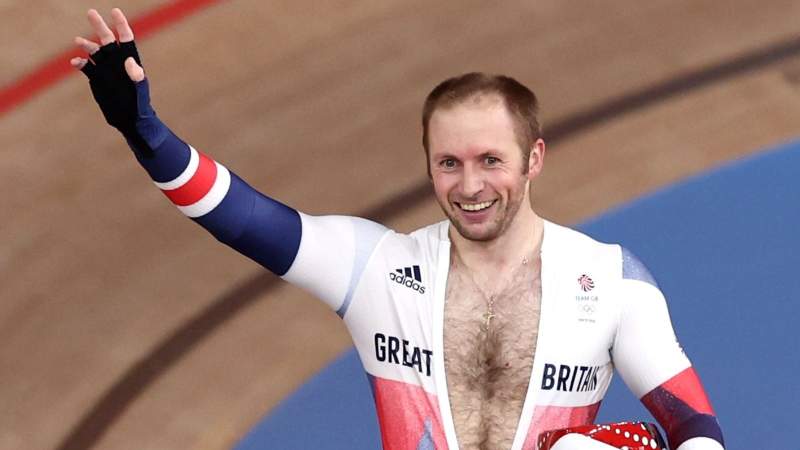 Jason Kenny cycled to a comfortable win in an amazing fashion after making an early move in the race. His gold is Team GB’s 21st at the Tokyo Olympics- its closing ceremony takes place today, Sunday, August 8. His triumph in Tokyo was the 33-year-old’s fourth individual Olympic title, defending a crown he won five and nine years ago at the previous two Olympics.

Kenny, who had conceded earlier in the week that he was “struggling” during the men’s sprint, raised his gold medal tally to seven, which is one more than his fellow keirin specialist Chris Hoy. Kenny now has a total of nine medals, surpassing Sir Bradley Wiggins, who has eight.

The Olympic Cyclist had qualified for the keirin final after taking the back wheel of British team-mate Jack Carlin in the semi-final, meaning the compatriots had a rare opportunity to collaborate in the early stages of the race.

Another victory for Jason Kenny means he and his wife Laura now have 12 golds between them.

Laura, could not add to her medal haul in the women’s omnium however after experiencing a mixed day on the track- she was involved in a nine-cyclist pile-up, still placing herself in contention for a medal after winning the tempo race.