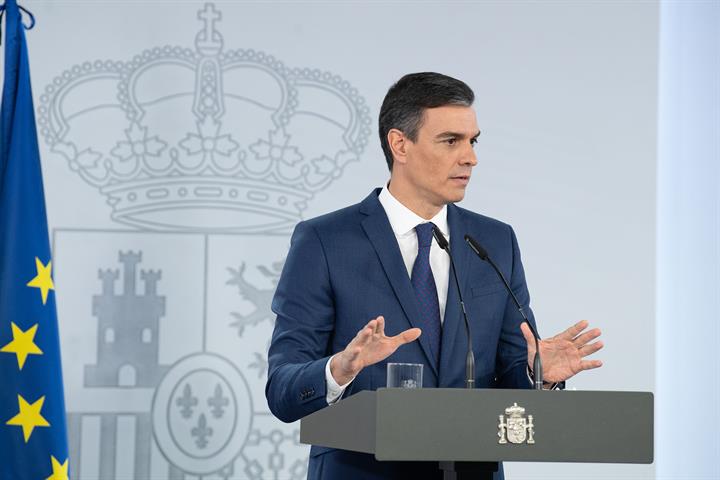 Spain is now ‘very close’ to the goal of 70% of the population being immunised.

In his speech, Pedro Sánchez called to join forces in the vaccination process and claimed that “the speed and efficacy of vaccinations is the main concern of the Government of Spain at this time”. “Let me spell this out clearly: we must take a step forward. The time has come to vaccinate and eep vaccinating”, because “mass vaccination will be the quickest way to reactivate our country and our economy. This time has come to tirelessly vaccinate”.

With almost 60% of the population having now received the complete regime, Spain is awaiting the arrival tonight, Sunday. August 8, of 1.1 of the 3.4 million additional vaccines that were ordered and planned for use in August.

This will allow the completion of the immunisation goal before the end per month of 70% of the population, the figure initially thought necessary for herd immunity, which is now being revised upwards.

This is due to the expansion of the delta variant , which has a higher contagion capacity and is altering the experts’ forecasts that with 70% of the vaccinated population, herd or community immunity would be achieved. The WHO has already pointed out however that greater vaccination coverage is needed to slow the advance of the new variant.

In addition, in the country as a whole, the number of people who have received at least one dose amounts to 33,141,450, which represents 69.8% of the total population.

The additional doses will help accelerate the vaccination of the youngest population groups, which continue to register the highest rates of infections.