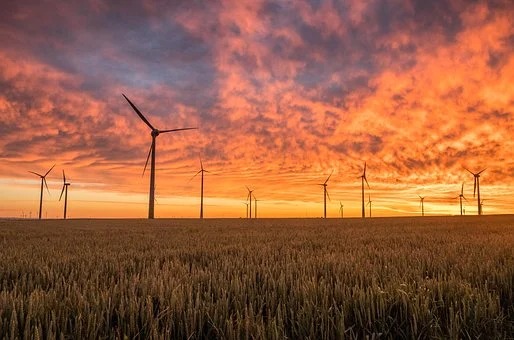 A staggering £266 million Government and private sector investment will see next-generation wind turbines developed in the UK. Prime Minister Boris Johnson believes that even after Brexit the UK can still be a “science superpower”.

As part of a new investment project over 1,300 jobs are set to be “created and protected” in the Humber area. Siemens Gamesa and GRI Renewable Industries are set to receive funding from the government’s Offshore Wind Manufacturing Investment Support scheme.

Speaking of the green revolution Johnson explained that: “The Humber region embodies the UK’s green industrial revolution, with new investment into developing the next generation of wind turbines set to create new jobs, export opportunities and clean power across the country.

“With less than a hundred days to go until the climate summit COP26, we need to see more countries embracing new technologies, building green industries and phasing out coal power for a sustainable future.”

The Humber region is said to be “vitally important for the growth of the British offshore wind industry” according to Kwasi Kwarteng, the Business and Energy Secretary.

“Our announcement backed by private investment will give a boost to this important industrial heartland, creating and supporting thousands of good quality jobs across the region while ensuring it is on the frontline of developing the next generation of offshore wind turbines,” said Kwarteng.

Hull has been home to the Siemens factory since 2016 and the industry is being supported by the government. “Since our offshore blade factory opened in Hull in 2016, Siemens Gamesa has proudly served as the catalyst for the powerful growth the area has seen,” said Marc Becker, CEO of the Siemens Gamesa Offshore Business Unit.

“The rapid development of the offshore wind industry – and continued, strong, long-term support provided by the UK government for offshore wind – has enabled us to power ahead with confidence when making these plans.

“We’re committed to unlocking the potential of wind energy around the globe, with solutions from Hull playing a vital role.

“Siemens Gamesa continues to be the leading supplier of offshore wind turbine technology in the world’s leading offshore wind market, the UK.”