Heatwave heads for Spain as temperatures set to soar from Friday 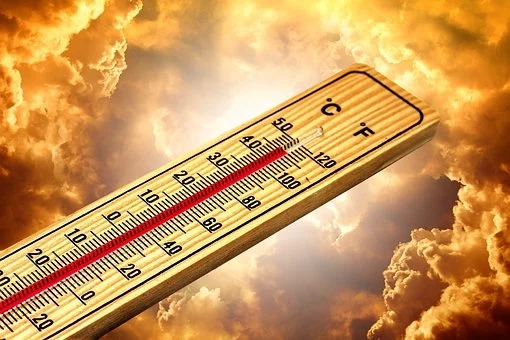 Heatwave heads for Spain as temperatures set to soar from Friday, according to the AEMET. August started off with lower temperatures than many people had expected, but the first heatwave of the summer could soon be here.

According to the AEMET Spain can expect to be hit with a heatwave from Friday which will run until Tuesday next week.

Many expats in Spain have been pleased as Spain saw low temperatures at the start of August and are now worried temperatures are set to head back into the 40s. One expat EWN reader said, “Love the heat in Spain but I have to admit August can be a bit much even for me. If we are going to hit 40+ degrees I’m going to spend most of my time cooling off in the pool.”

Temperatures are set to begin rising today in the interior and in the northern half of the peninsula. This will be most notable in the Iberian system and in the upper Ebro, according to the forecast of the State Meteorological Agency (Aemet).

Most of Spain has been told to expect anticyclonic, dry and stable conditions, with mainly clear skies or at worst a little cloudy. Heading to Alboran and the Balearic Islands though cloudy weather can be expected.

Some areas can expect to see a little rain though and showers are expected in areas of the Valencian Community, Murcia, Alboran, and the Pyrenees amongst other areas.

According to reports the heat is expected even in the north of the country and from Thursday or Friday the heatwave is expected to set in. The heat will then run until Tuesday or Wednesday next week and blistering temperatures of up to 46 degrees can be expected. On Sunday Seville can expect to see temperatures soar to 46 degrees.

As reported El Correo Web, “Today in Andalucia, skies will generally be partly cloudy or clear. On the Mediterranean side, cloudy skies are expected, with morning mist and likely fog banks, without ruling out some weak and occasional rainfall, opening up in the afternoon. Minimum temperatures rising inland and unchanged on the coast; maximum temperatures falling on the Mediterranean side, rising in the western third and unchanged in the other areas.”