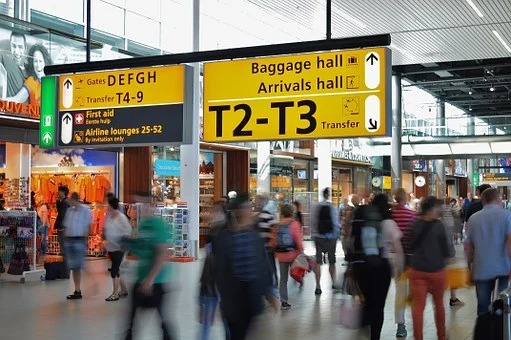 Late air passenger arrested after ‘trying to board flight via baggage carousel’ at East Midlands airport in Derby.

The passenger was quickly arrested after he attempted to ‘board a plane via the baggage carousel.’ The man was running late for his flight on Saturday, August 7, at the East Midlands Airport in Castle Donington, when he came up with a novel way to try and still make his flight. He attempted to catch the plane by hopping on the baggage conveyor, but was quickly arrested by East Midlands Airport Police.

This is probably one of the more bizarre events that the airport police have seen and they took to Twitter to comment. “Male arrested today @EMA_Airport having first missed his flight and then deciding to make his own way via the baggage conveyor!” said East Midlands Airport Police.

The post got plenty of humorous responses with British Transport Police Nottinghamshire joining in and adding a gift which showed Top Gear’s The Stig. The Stig was seen in a rather unusual position too, laying down on a conveyor belt.

Fans of the airport on Twitter also joined in and one said: “Sounds like he has some emotional baggage. Hopefully he didn’t get into too much trouble and you dropped the case.”

In other airport news, Ryanair to stop flying from one London airport, in Essex. The Ryanair airline have confirmed that they will be closing one of their commercial bases at an Essex airport later this year.

Ryanair have announced that the London Southend Airport will no longer be home to one of their bases from November 1, this year due to the ongoing coronavirus pandemic, according to InYourArea. Ryanair have been based at the airport located in Essex after they signed a five-year agreement and they have been there since 2018.

The global travel industry has been hit by the ongoing coronavirus pandemic but tourism is returning. Ryanair is not the only travel operator to have been hit by the pandemic which saw non-essential air travel halted in the UK for months.