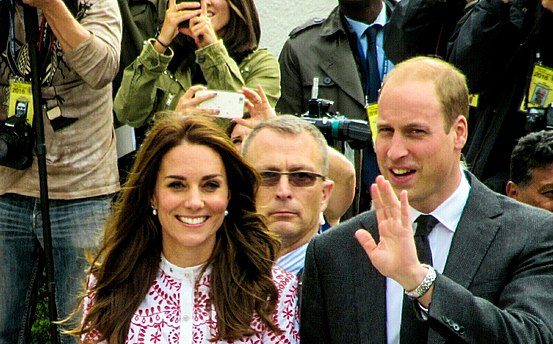 Prince William and Catherine prepare to become King and Queen as they adopt royal tradition, according to a royal expert.

According to royal expert Katie Nicholl, the Duke and Duchess of Cambridge are beginning to take a more traditional approach to their holidays. The expert believes that this means they are prepping to become the future King and Queen.

Prince William and Catherine spent a week holidaying in the Isles of Scilly. This is the second year that they have chosen to remain in the UK during the summer rather than heading to a more exotic location, but this could still be due to the ongoing coronavirus pandemic.

“While in the past we’ve seen the couple enjoy more lavish holidays skiing or visiting sunnier climates, they’ve been adopting a more traditional royal approach and spending their time at royal residences in the UK instead,” said Katie.

The Royal expert did though comment that the royal couple staying in the UK could be due to the pandemic.

“This could obviously be the result of Covid travel restrictions but I also believe that Kate and William are transforming into the future King and Queen and therefore are adopting more traditional practices,” added Katie.

In other Royal news, Dominic Raab met with senior royal Princess Anne only ‘two days after skipping quarantine’ when he returned from France while strict quarantine rules were still in place.

The Foreign Secretary Dominic Raab has come under criticism after he met Princess Anne at a maskless reception at the AstraZeneca plant in Oxford. Raab had travelled to Paris and met with world leaders only days after quarantine rules had been toughened.

According to the Daily Mirror, Raab avoided having to spend 10 days self-isolating at home by using his ministerial exemption. According to the paper after Raab returned from France in late July he met with Princess Anne and was even maskless.

At that point in time people who had been fully vaccinated against the coronavirus and travelled to the UK from France still had to self-isolate over fears of the beta variant’s dominance, in areas of France. This was something that Raab had endorsed publicly too.