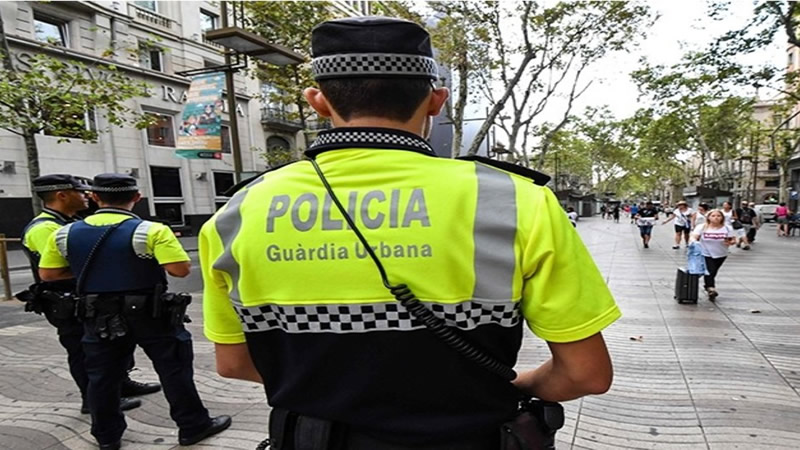 Thief pushed off his bike by a Barcelona police officer has died. image: guardia urbana

THIEF who had just stolen a mobile phone and was pushed off his bike by an off-duty Barcelona police officer who chased after him, has died in hospital

A 32-year-old man, who was the alleged suspect of a robbery in Barcelona, has died after an off-duty officer of the Barcelona Urban Guard reportedly chased after him on foot, when he tried to made his escape on a bicycle, with the officer catching up with him, knocking him off the bike, and both men falling to the ground as a result.

The incident – which is currently under investigation and in the hands of a judge – occurred on Tuesday, August 3, near the Ciutat de la Justicia in the city, and more specifically, in the vicinity of the Petrocat gas station on Gran Via, when an individual riding a bicycle snatched a cell phone from a girl, who immediately began to scream.

Her screams alerted an off-duty police officer from the Barcelona Urban Guard, who gave chase, allegedly catching up with the man, which saw the thief pushed off his bicycle, and both of them fell to the ground, resulting in the suspected thief having to be admitted to the Bellvitge hospital in a very serious condition, where he has since died.

According to the Mossos d’Esquadra, there are already open proceedings in relation to this case, with officers explaining that all the information from witnesses or security cameras has been collected, and that all the related material has already been transferred to the judge, who, from now on, has to dictate the steps to follow.

Last July, the Mossos already warned that robberies with violence on public roads were beginning to skyrocket in the city, and that around 200 complaints are already registered on a weekly basis, a figure that still does not reach the pre-pandemic statistics, although, on this occasion, the robbery took place without, apparently, any violence taking place towards the person who had her mobile device stolen, as reported by lavanguardia.com.