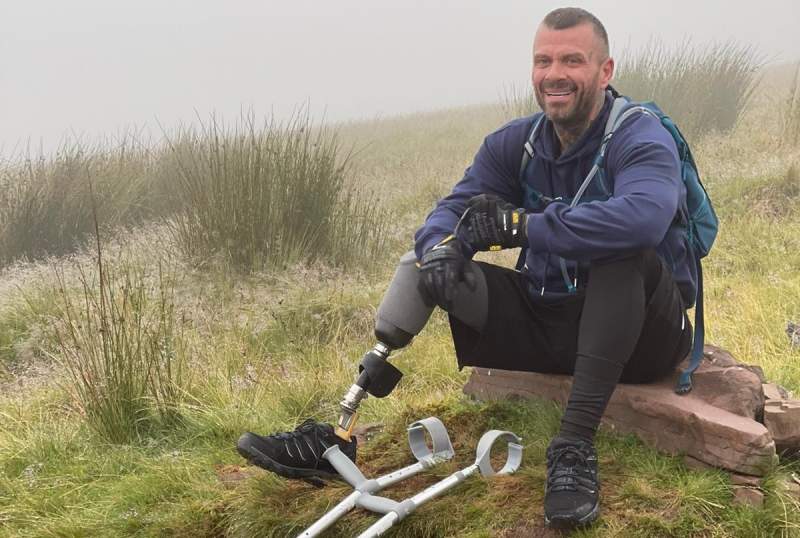 BEN LOVELL, a British amputee, is creating a camp in Spain for children with limb loss.

Mr Lovell, a British above knee amputee who has been running a camp in Spain for adults who have lost a limb, is now fundraising to be able to offer the camp for free to children.

The first AmpCamp Kids is set to take place in February 2022 and Ben is raising funds to pay for six children and their families to take part in the camp in Tenerife.

Ben lost his leg in 2017 following a blood clot and has since worked to help other amputees.

His camp in Tenerife allows others who have lost a limb to speak to other amputees, while receiving a personal chief, nutritionist, fitness program and work on all the things they think they need to help them move forward with their new life.

Since AmpCamp was formed Ben had a thought this was to focus on children and their families coming to terms with their new way of life and that how AmpCamp Kids was born.

With the same concept as the adult camp, Ben will be sending six children all who have suffered amputation through meningitis, cancer and other serious health issues, with their families to the camp for free.

The camp is aimed at fun, giving them back a piece of childhood that lots of them missed out on due to having so many treatments and hospital visits, but also allowing siblings and parents to join.

The camp will also include lots of different activities, including water park, for children.

Ben has personally been raising the funds himself to send children to the camp and is encouraging other amputees to take part in his fundraising challenges.

He currently has his first six families and he is on his way to reaching target, however he wants to continue fundraising to help as many families and send them to the camp.