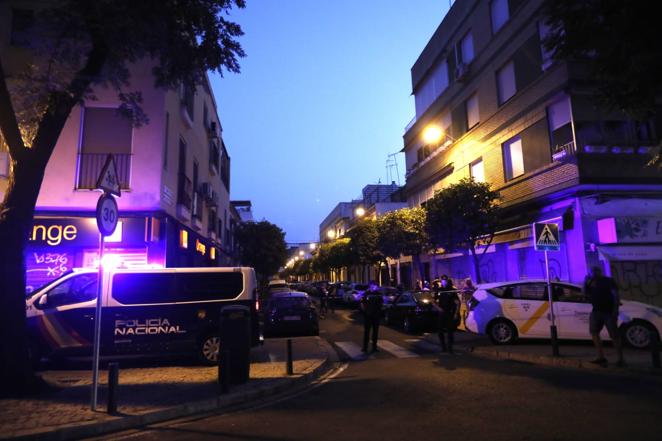 Police investigate the violent deaths of a married couple inside their apartment in Cerro del Águila. image-Twitter

Police investigate the violent deaths of a married couple found inside their apartment in Cerro del Águila, Sevilla.
The National Police are investigating the violent deaths of a couple thought to have occurred around 8:30 pm tonight, Tuesday, August 10, inside a house in Cerro del Águila, Virgilio Mattoni street, Sevilla.
One of the hypotheses is that the man killed his wife and then took his own life; in what would now be classed as a sexist crime.
Although there is no official confirmation about this at this time, court representatives and the Homicide Group are at present inside the apartment where the two bodies were discovered.
Members of the Family and Minor Care Unit (UFAM) are also at the house.
Police sources have confirmed the discovery of the two bodies and the opening of the investigation; Although for now, they have not released any more information because the double death has just occurred and the investigation is at a very early stage.
The street is currently cordoned off by police. Several relatives have approached the door of the home where scenes of disbelief, screaming, and crying pain are being witnessed.
Update

Within the last few minutes, ABC have reported that it is an elderly couple who lived alone that have died. She was 60 years old and he was 63 and they were the parents of two adult children who have already been contacted with the news.
Sources close to the couple, who say the man was a retired bus conductor, had shown normal behaviour this morning.
The bodies will be transferred to the Institute of Legal Medicine where they will be autopsied this Wednesday, August 11.