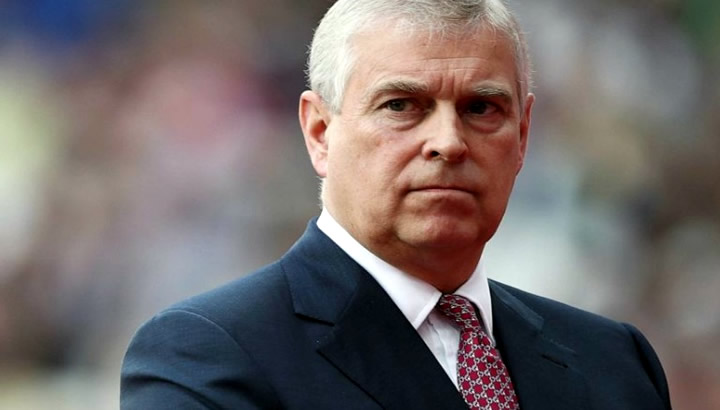 Prince Andrew has been served with lawsuit papers. image: twitter

PRINCE ANDREW has reportedly been spotted driving into the Balmoral Castle estate, accompanied by his ex-wife, Sarah Ferguson

One day after being sued by lawyers in America representing Jeffrey Epstein victim Virginia Roberts, over allegations that he sexually abused her, Prince Andrew has reportedly been spotted at around 6pm today, Tuesday, August 10, driving his Range Rover into the grounds of his mother’s Scottish Highlands estate at Balmoral Castle, according to the Daily Mail.

The Duke of York is said to have been at the wheel of the vehicle, accompanied by his ex-wife, Sarah Ferguson, who was seen sitting in the back of the Range Rover, with the 61-year-old Duke reported as having a very stern look on his face as the convoy made their way into the estate.

Only yesterday, Monday, August 9, lawyers for 38-year-old Ms Roberts filed a civil suit against the Prince, and legal experts have claimed that he could still face trial over the sexual abuse allegations, even if he didn’t set foot in the US, along with a possible mammoth $100million damages bill should he lose any case brought against him.

David Boies, the lawyer who filed the case against Prince Andrew on behalf of Virginia Roberts, speaking with Channel 4 News this Tuesday evening, told them, “He can ignore me, and he can ignore Virginia, but he can’t ignore the judicial process. They have just totally stonewalled, they have refused to provide any explanation, they refuse to engage in any discussions, they refuse to provide any facts. They’ve even refused to respond to any of the allegations that been made in any reasonable way”.

Other members of the Royal family are enjoying their traditional summer holiday at Balmoral, and for the 95-year-old Queen, it must be a very poignant occasion, her first time going away without the late Prince Philip, who passed away last April.

In her allegations, Virginia Roberts claims that the paeodphile Epstein had taken her to London in 2001, as a 17-year-old, to have sex with the then 41-year-old Prince – something that he has always vehemently denied – and is seeking damages from him, but legally, as it is a civil case, courts can not extradite anybody, so he is under no obligation to go to America and stand trial.