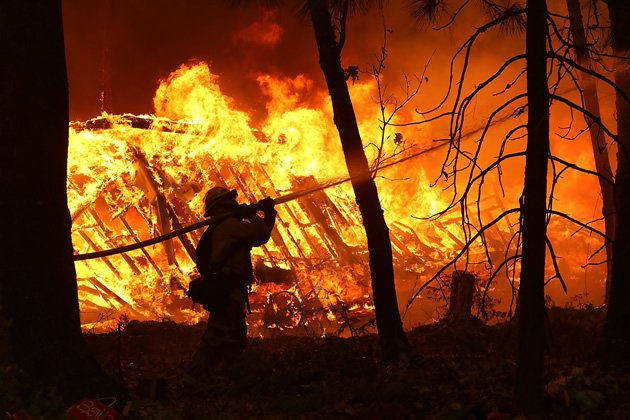 Wildfires rip through Algeria killing 42 people including soldiers as the Mediterranean is declared a hotspot for fires by the EU.

At least 25 soldiers have lost their lives while trying to save residents from wildfires ravaging mountain forests and villages east of Algeria’s capital, the president announced Tuesday night, August 10, as the civilian toll rose to at least 17.

President Abdelmadjid Tebboune tweeted that the soldiers were “martyrs” who saved 100 people from the fires in two areas of Kabyle, the region that is home to the North African nation’s Berber population.

Eleven other soldiers suffered third-degree burns while fighting the fires, the Defense Ministry said in a report from CNN.

The mountainous Kabyle region, 100 kilometres (60 miles) east of Algeria’s capital of Algiers, is dotted with difficult-to-access villages and with temperatures rising has had limited water. Some villagers were fleeing, while others tried to hold back the flames themselves, using buckets, branches and rudimentary tools. The region has no water-dumping planes that would help battle the fires and instead relies on international assistance.

Climate scientists say there is little doubt climate change from the burning of coal, oil and natural gas is driving extreme events, such as heatwaves, droughts, wildfires, floods and storms.

Worsening droughts and heat are driving wildfires in the U.S. West and Russia’s northern region of Siberia. Extreme heat is also fueling the massive fires currently ravaging Greece and Turkey.