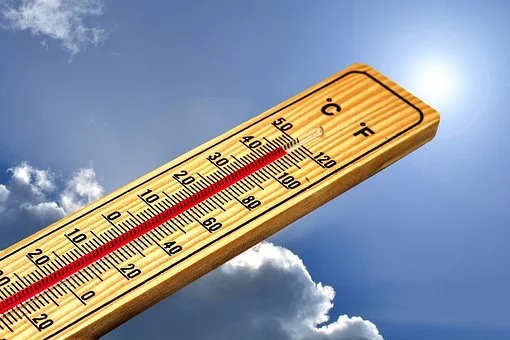 Tropical nights for Spain as heatwave hits with temperatures set to soar.

Since yesterday Wednesday, August 11 a heatwave has been affecting most of Spain. The weather is expected to hit its peak between Friday and Sunday and expats and Spaniards alike will be hit with temperatures that could reach over 44 degrees Celsius. Night-time temperatures could remain at a tropical 25 degrees in some areas too.

Sadly though these temperatures bring with them the risk of fire and the amount of ultraviolet radiation could soar too. In Almeria in the early hours of Wednesday morning temperatures were already at over 22 degrees at around 6 am.

Many expats in Spain enjoy the amazing weather but this year August looks like it could be a bit much for some. One expat EWN reader said: “With the heatwave I am going to stay inside as much as possible and stay safe. I might venture out and take take a dip in the pool.”

The State Meteorological Agency (Aemet) is expecting that on Friday it will have to activate a yellow alert between 2 PM and 9 PM for areas including the coast of Huelva, Grazalema in Cadiz, Malaga’s Ronda and Antequera, and Almeria’s Valle del Almanzora and Los Velez.

This is nothing compared to what will be seen in other areas of Andalucia including Seville, Cordoba and Jaen. These areas on Friday are expected to have a red alert issued.

“We are facing a very adverse episode that advises extreme caution,” as Spain is hit by the “most intense, extensive and long-lasting heat wave so far this summer,” said Ruben del Campo, spokesman for Aemet.

He has predicted that an “episode of suffocating heat” will last until Tuesday at least and will be felt in the Peninsula and the Balearic Islands, with the exception of Galicia, the Canary Islands and the Cantabrian.

As reported Diario de Almeria, “Forecasts indicate that on the hottest days of this heatwave it is very likely that there will be ‘torrid’ nights, those in which the minimum temperatures do not fall below 25 degrees, a phenomenon which, according to the Aemet, will occur in the Ebro basin, central and southern half of the peninsula, but above all in cities that generate ‘urban heat islands’, giving rise to higher night-time temperatures than in their own surroundings.”

Maximum temperatures are expected to hit 42 degrees in some areas today.