Road Test: The VW T-Roc gets Active by Mark Slack 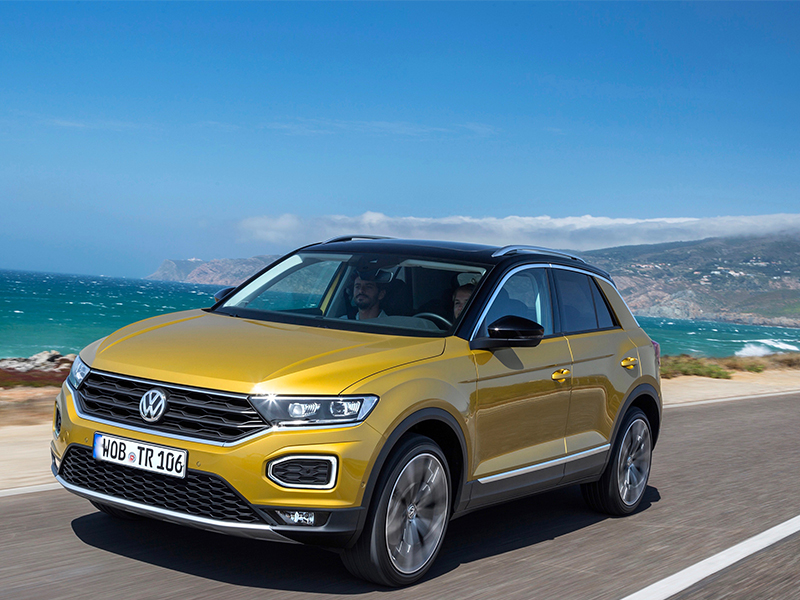 VW T-Roc Active, a crossover with an understated style.

The VW T-Roc gets Active, read more about it.

It seems there is nothing but extremes in the colour palettes offered by car makers. Black, silver and grey at one end of the spectrum and luminescent greens, oranges and yellows at the other. For anything colourfully normal you can add a sometimes not insufficient amount of money to your options bill.

My VW T-Roc came in Turmeric Yellow, which while mobilising some people to a less than flattering verbal outage of comment raised others to Everest-like levels of praise. As I said, extremes. The T-Roc’s spicy metallic paintwork weighs in at €744 (£635) on the optional extras list.

I suspect that few people would dispute how well the T-Roc drives, it has all the refined smoothness one has come to expect from anything bearing the VW badge. The range starts at €28,338 (£24,185) for the lead-in Active model with 110 hp, three-cylinder, 1.0-litre turbocharged petrol engine.

The test model was the aforementioned Active specification but powered by a larger four-cylinder 1.5-litre turbocharged petrol unit (€32,036/£27,340). Mated to a seven-speed automatic transmission the 150 hp engine provides a top speed of 204 kmh and the benchmark 100 kmh is passed in a worthy 8.6 seconds. In this boosted form the economy is still pretty decent.

There’s plenty of space for the front seat occupants, and those in the rear will not feel cheated on legroom either. However, I found it disappointing that there is so much hard interior plastic ie cheap that detracts from the usual perception of VW quality. This even extends to the cloth panels on the front doors being replaced by all plastic on the rear doors.

On the road the T-Roc handles well, even by crossover standards it can be hustled along twisting cross country roads quite happily. It feels a quality drive throughout with refinement and comfort. Smart and not overly large it’s a brilliant way of gaining that higher driving position without the drawbacks of a large SUV.

Although subjective the T-Roc is one of the best looking crossovers with an understated style that makes it both classy and classless.