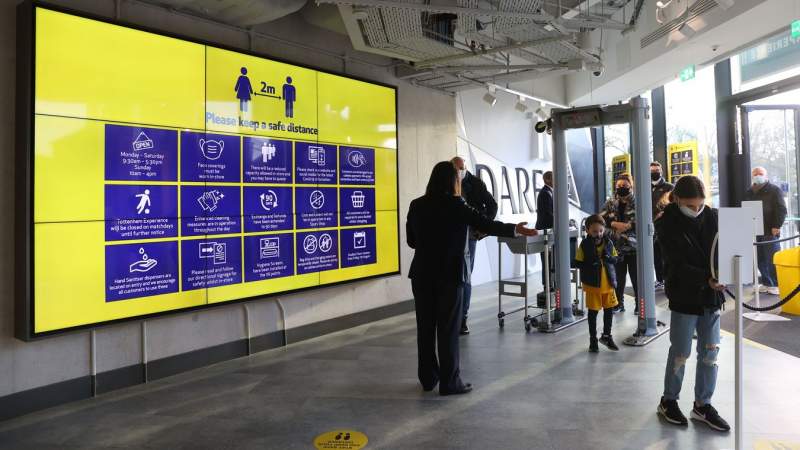 English Premier League kicks off its new edition on Friday with Arsenal clash against Brentford on Friday, August 8.

Football Stadiums will have no social distancing and capacity crowds are allowed as the English Premier League begins tonight, Friday, August 13. This comes after Public Health England advised ‘there are a few things we can all do to reduce the risk’.

Football fans who are now allowed to return to ­stadiums have been warned to guard against Covid-19 as the ­ Premier League season kicks off, with Public Health England advising fans to arrive early, avoid crowds, whenever possible, and wear masks in enclosed spaces.

The latest UK national infection data shows case rates remain high – one in 75 people in England has the virus. However, the Office for National Statistics random swab testing data did appear to confirm the July 19 easing did not result in a surge in cases.

Stadiums will have no social distancing and capacity crowds are allowed.

UK Prime Minister Boris Johnson announced last month there was a plan to mandate certification at venues where “large crowds gather”, including sporting venues with capacities of 20,000 or more.

In response to the PM’s announcement, Football Supporters’ Association chairman Malcolm Clarke warned introducing such measures could cause “chaos” at some clubs.

Earlier this week, the Premier League revealed new matchday protocols for the 2021-22 season, stating fans “must be prepared to prove” they are fully vaccinated or have had a negative Covid-19 test in the previous 48 hours.

The English Premier League kicked off its new edition tonight with Arsenal clashing against Brentford at 21:00 GMT.