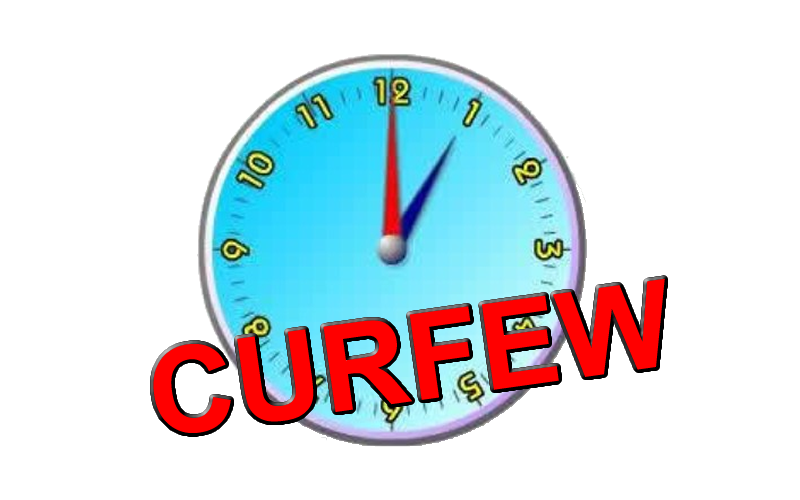 The Superior Court (TSJCV) of the Valencian Community has authorised the curfew in 68 municipalities, as well as a limit of 10 persons in social and family gatherings

The Superior Court of Justice of the Valencian Community (TSJCV) has today, Friday, August 13, authorised the restriction of movement – curfew – between 1am and 6am, as well as limiting social and family gatherings to a maximum of 10 people, in 68 towns with more than 5,000 inhabitants that present a higher epidemiological risk.
As reported by the high court, 32 of these towns are from the province of Valencia, 27 from Alicante, and 9 municipalities belonging to Castellon, with the measures effective from August 17 until September 6, according to the brief presented to the Court this Wednesday, August 10, by the Conselleria de Sanidad Universal.
The Chamber considered that the adoption of the requested measures of control are “still necessary”, based on the proportionality criterion, and added that, “there is no more moderate measure with the same efficiency that achieves the purpose of limiting the so-called ‘bottles ‘and crowds of people”, adding that the same logic applies to the limiting of social gatherings, which involve “the largest epidemic outbreaks, and which affect not only young people, but all members of the group”.

This order, which has the dissenting vote of one of the magistrates, and which can be appealed in cassation, alludes to the expansion of the Delta variant of the coronavirus, the increase in hospitalisations, and deaths, plus the growth in the positivity of diagnostic tests, and increasing socialisation and mobility.
It also pointed out that currently, the age groups most affected are the youngest, in which “the disease is usually mild and presents few comorbidities“, although these infections have an impact, “especially in Primary Care”.
In the order, the Supreme Court of the Valencian Community examined the ruling of the Constitutional Court of July 14 that declared the general confinement decreed by the central Government with the first state of alarm as unconstitutional, as it was a suspension of the right to free movement.
Unlike that situation, the Chamber claims that the curfew “does not imply a suspension, but a mere limitation of such rights, consisting of restricting freedom of movement for five hours, and at night”, and alluded to the sentence of the Supreme Court of August 2, in which the High Court determined directly and positively that with the current legislation the curfew is applicable as long as it is justified by the principle of proportionality, as reported by larazon.es.