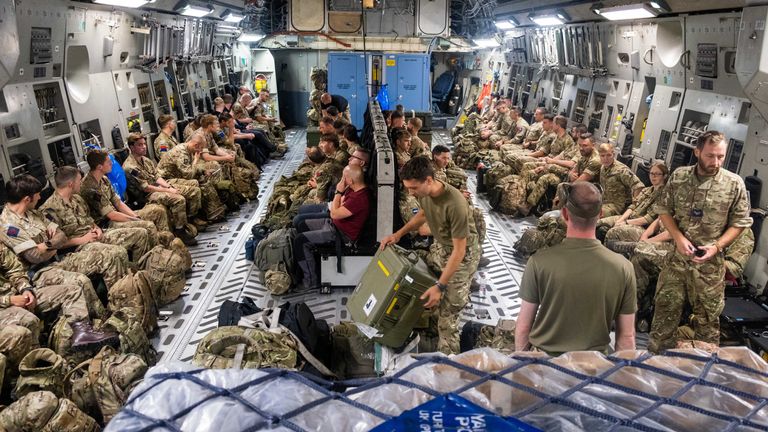 UK troops deploy to Afghanistan as the Taliban seize helicopters and takes control of the skies.

The first troops from the UK have begun deploying to Afghanistan today, Saturday, August 14, to assist in the evacuation of UK nationals who remain stranded in the country. It was also revealed on Friday that Taliban forces have taken control of a number of captured armoured vehicles, and small surveillance drone helicopters at Kabul airport.

“We are always worried about U.S. equipment that could fall into an adversaries’ hands,” Pentagon Press Secretary John Kirby said Friday. “What actions we might take to prevent that or to forestall it, I just simply won’t speculate about today.”

Members of 16 Air Assault Brigade are being deployed to provide force protection, the Ministry of Defence confirmed that Operation Pitting started yesterday.

About 600 battle-ready troops are expected to take part in the operation. Apart from repatriating British citizens, they will also help with the relocation of Afghans, who face serious reprisals from the Taliban because they helped British and American forces.

Interpreters, drivers, and local ‘fixers’ all fear for their lives, with relocation application centres a hive of activity as the Taliban gets closer to a fix on their location.

“I’m absolutely worried that failed states are breeding grounds for those types of people. Al Qaeda will probably come back.”

The speed of the Taliban advance has shocked the Afghan government and its Western allies. “I think we are heading towards a civil war,” said Defence Secretary Ben Wallace told Sky News when asked about Afghanistan.

The Taliban controlled most of Afghanistan from 1996 to 2001, when it was ousted for harbouring al Qaeda chief Osama bin Laden after the Sept. 11 attacks on the United States. Wallace said that if the Taliban started to harbour al Qaeda, then “we could be back.”

US President Joe Biden has said he does not regret his move to withdraw troops from Afghanistan, as Taliban militants continue to make rapid advances.

Mr Biden urged Afghanistan’s leaders to unite and “fight for their nation”. A US-led military campaign began in 2001 following the 9/11 attacks on American soil – but now most of the foreign troops have pulled out.

The Taliban group has now seized nine of the country’s 34 provincial capitals, and are threatening more.