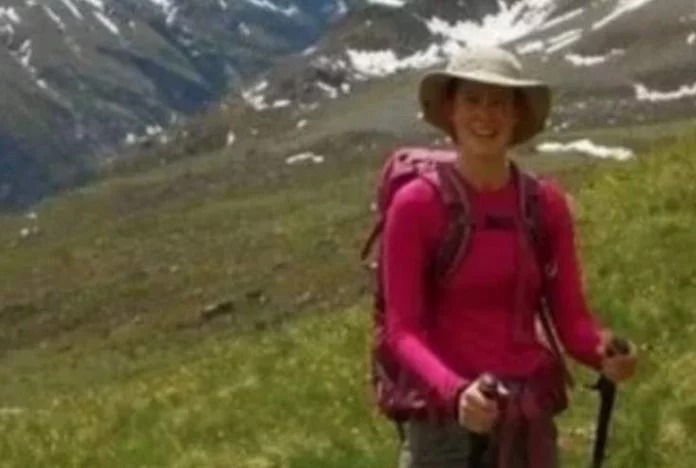 Esther Dingley’s boyfriend reveals final words to each other before fatal fall. British hiker Esther went missing after hiking on her own in the mountains close to the Spanish and French border in the Pyrenees. She was last seen alive on November 22.

Esther’s boyfriend Dan has revealed the final words the couple shared together before she died. It is believed that she fell to her death during her hike.  The pair had met at Oxford University and had been together for 19 years. Around six years ago they set off to travel Europe.

Dan has launched a crowdfunding campaign and hopes to raise £5000 for Sightsavers, which was previously called the Royal Commonwealth Society for the Blind. Dan has spoken of their life together.

“It’s more than a lot of people get with a soul mate, but (selfishly) it isn’t nearly enough,” said Dan.

“She’d already taught me so much about how to live, how to love and how to live a multicoloured life.

“That’s what she called our lifestyle, the beautiful, trusting, simple way that she used to squeeze in so much joy into every waking moment. I honestly believe our best years were yet to come.”

He also spoke of the future that the couple had planned together. Dan said: “Years ago, we promised each other that on our 70th anniversary we’d walk hand in hand on the same beach we visited on our first anniversary.

“We’d eat chips, play in the arcade again, fail to win any cuddly toys, and reflect on all of our many adventures before, hopefully, slipping away together in time – still holding hands if we could.”

Dan has shared their final words to each other.

Dan said: “Knowing that Esther didn’t suffer, that she was doing what she loved and that our last words were ‘I love you’ will (perhaps), one day give more comfort than I can find today.

“I also hope I can find a way forward that honours Esther’s spirit, though I haven’t a clue yet what that looks like.”