Ronda City Council to earn more than €930,000 from cork sales 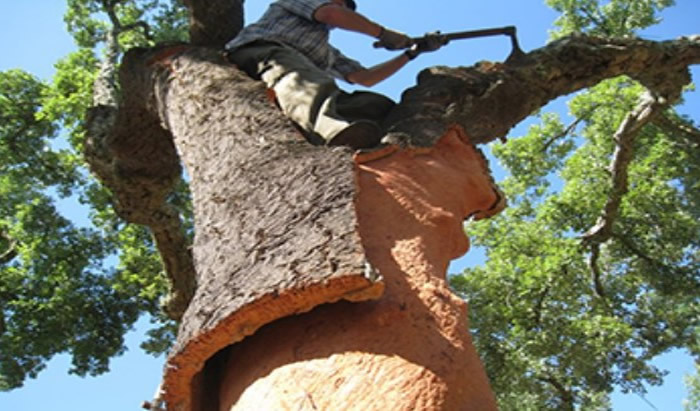 RONDA City Council announces that it will earn more than €930,000 from the sale of cork to Portuguese company Antonio de Maria

Maria Carmen Martinez, the municipal contracting councillor of Ronda City Council, announced this Wednesday, August 11, the result of the tender by which the cork extracted from the Montes de Propios, owned by the municipality, was put up for sale.
Ms Martinez explained that the three batches established in the administrative process, which represented a total amount of 3,000.17 Qm of reproduction cork, and 105.46 Qm of bornizo cork, have been sold to the Portuguese company Antonio de Maria, for a total amount of €939,272.

This amount, explained the councillor, is almost €179,000 more than the figure that had been estimated, which will leave a profit for of more than €600,000 for the municipal coffers, after expenses, which, she said, “Is magnificent news for the City Council, and a result of the good management of these resources, that has made it possible to offer a high-quality product and sell it on time and at the best price”.

She added that the production and sale of cork not only generates income for Ronda City Council, but is also a source of job creation, thanks to the work that needs to be carried out prior to the collection of the cork, including the surveillance of the area, and the transport that each year allows the creation of about twenty direct jobs, and another eight indirect jobs per campaign, all of them going to residents of the area, in an action that contributes to alleviating a great problem of the territory, such as depopulation.

Cork collecting is a job that requires great skill on the part of those who participate in it, since a mistake can lead to damage to the trees, and as a result, the Ronda Consistory has its own team of forestry technicians who are in charge at all times of supervising that the work is carried out in accordance with the provisions of the forest management standards that are marked for this wide area of ​​public land, that is located in the municipal term of Cortes de la Frontera, but which is owned by Ronda.

One of the special characteristics of this management is that the uncorking of the different plots into which these 4,000-hectare forests are divided is carried out every ten years, thus giving the tree a greater margin to regenerate its bark, and guarantee its good health, as reported by malagahoy.es.