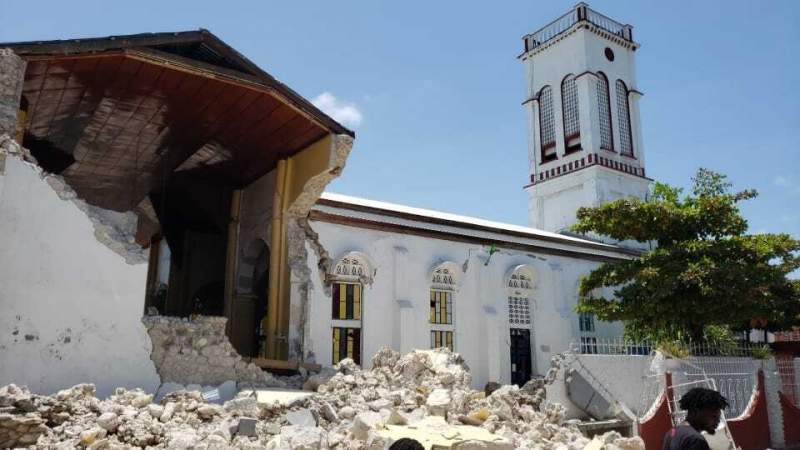 Second powerful 5.8-magnitude tremor rocks Haiti as it reels from the devastating quake that killed over 300 and injured thousands.

A new 5.8-magnitude quake has struck Haiti, becoming the strongest aftershock in wake of Saturday’s 7.2-magnitude earthquake that wrought havoc in the island nation’s southern peninsula, killing at least 304 people, with many more feared dead.

The new tremor hit around 31 km (19 mi) north of the city of Jérémie in Haiti’s westernmost Grand’Anse department on Sunday, August 15, morning, the United States Geological Survey reported- the USGS put the quake’s depth at 12km.

The USGS predicted that some casualties will probably result from the new quake and that it can require “a local or regional level response”, even so, the potential impact is expected to be “relatively localized”, a spokesman said.

The aftershock comes just a day after the Caribbean nation was shaken by a disastrous 7.2-magnitude quake that flattened homes across Haiti’s southern peninsula, cluttering roads with debris strewn all over the ground.

Videos posted to social media showed grim sights of citizens pulling others from debris and crowds of people waiting for medical attention in the hallways at overwhelmed hospitals.

USGS said a significant amount of the population was at risk of landslides, with road obstructions likely. Haiti’s Civil Protection service said a landslide had blocked the highway between Les Cayes and the town of Jeremie.

Likely to complicate relief efforts is the fact Haiti is now in the probable track of Tropical Storm Grace, which could bring heavy rains and winds early next week.