Fire in Tarifa closes the N-340 with 18 homes evacuated 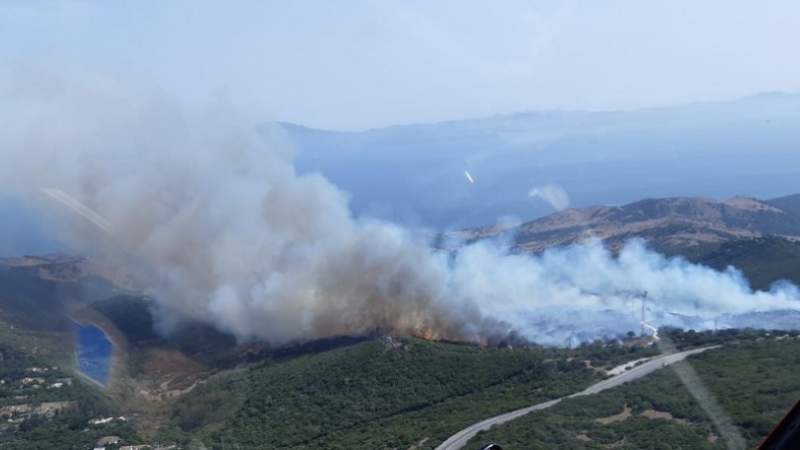 Tarifa blaze declared to be stabilised and under control. image: 112 emergencias

A fire that has broken out in the Cadiz municipality of Tarifa has caused the authorities to close off the N-340 road, due to the dense smoke blowing across that prohibits visibility, and the blaze is so intense that up until around 10pm, it has been necessary to evacuate 85 people from six areas, including thirteen homes and five farmhouses, from the lower part of the pedestrian nucleus of the Cuarton Bajo neighbourhood, as well as the Guadalmesi and Cerro del Tambor districts.

Reports from the Guardia Civil are that the road has been reopened between Km 91.800 and 91.200, but how long it can remain open will depend on the spread of the fire, and the amount of smoke given off across the road.

112 emergency services reported receiving more than 20 calls from concerned members of the public at around 3pm, alerting them to the outbreak of a fire, with the source of the outbreak thought to be a vehicle fire that spread into a field.

Three transport and fire fighting aircraft, a bomber, and a coordination plane have also been deployed in the air, to tackle the fire from above.

Emergencias 112 Andalucia, have reported that the provincial Civil Protection service and the Andalucian Emergency Group (GREA) have also been mobilised, with a technician and three officers who travelled to the area to deploy the Advanced Command Post (PMA), next to the Outpost of Forest Fires (PAIF) centre, from which the extinction work will be carried out, as well as coordination and protection of people, and the Forest Fire Monitoring Group remains operational, as reported by lavozdigital.es.