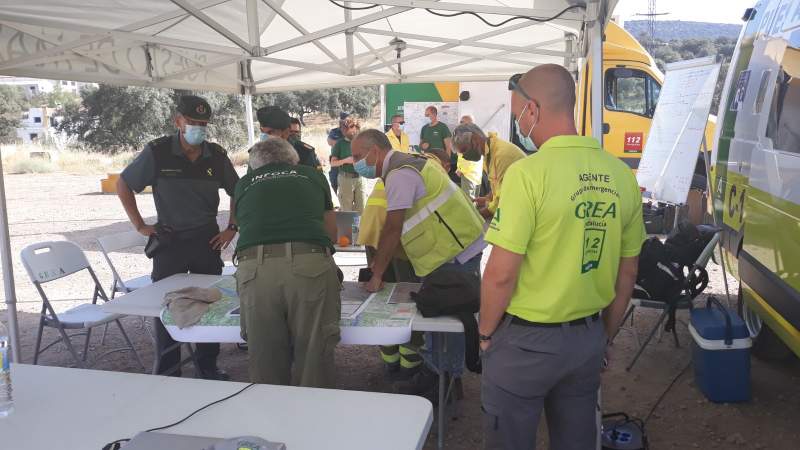 The delegate of the Andalucian Government in Cordoba, Antonio Repullo, has deactivated the level 1 of the Plan for Forest Fires.

It was decreed last night after a fire in the municipality of Villaharta, once the fire had been stabilised and its evolution is favourable, according to the direction of Extinction of the Emergency Plan of Forest Fires of the Andalucian Autonomous Community.

Level 1, which has been in force for more than nine hours, is activated for fires which, although they can be controlled with the extinguishing means provided for in the Plan, due to their possible evolution, require the implementation of measures for the protection of people and property.

The extensive extinguishing team of the Infoca Plan mobilised in the area has been working throughout the night and morning, focusing its efforts on the flank closest to the village to prevent the fire from reaching the population.

Residents were advised, as a precautionary measure, to close doors and windows to prevent smoke from entering their homes, as well as advising residents to avoid entering and leaving their homes and to avoid travelling.

The two roads that had been closed since last night were opened to traffic this morning. These are the CO-6410 and the A-3176, although emergency services are asking drivers to take extreme caution if they have to travel on either of these roads as there are still fire-fighting vehicles working in the area.

The fire also caused the Arenales-Villaharta substation power line to be cut last night, although the service was restored this morning.

The fire started yesterday at around 20:12, when the 112 emergency telephone number received the first of more than fifty calls alerting them to a fire in the countryside between Villaharta and Pozoblanco, very close to the CO-6410 road.