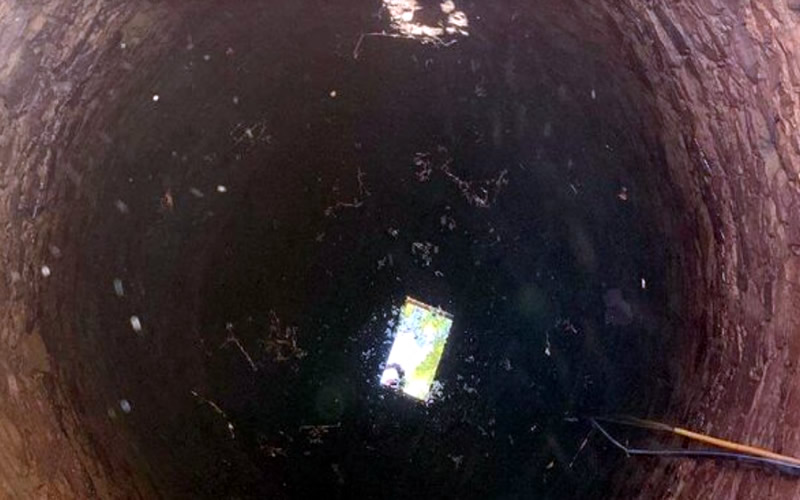 Rufino Nogales, an off-duty National Police officer who is stationed in Sevilla – currently in the Territorial Coordination Unit (UCOT) – saved the life of a man who fell into a well a few days ago in the town of Santa Olalla del Cala, in the province of Huelva, whose Town Hall has now recommended that the officer be awarded the Villa’s Honor Medal for his actions.

The rescue occurred on August 8, when officer Nogales learned that his neighbour, Blas Zapata, was being searched for by relatives, so he went to the man’s farm where he saw a pile of clothes, a watch, and other belongings, on the floor next to a waterwheel, which had an opening through which he could squeeze, where, once through, he saw the body of Mr Zapata floating in the water below.

His police instincts kicked in and he was about to secure the area and call the Guardia Civil about a possible murder incident, when he noticed that the man was gripping onto a pipe with one hand, and there was some movement, so he looked around and found some rope with which to lower himself into the well.

With the neighbours now taking the rope, the officer made his way down into the well to reach Blas, who was alive, but clearly suffering from hypothermia, and exhaustion, with raw hands from gripping onto the pipe to avoid drowning in water with a temperature of five degrees.

It took around 90 minutes before the man was finally safely out from the well, by which time officers from the Guardia Civil, and the local firefighters, had all joined in with the rescue, which was an essential ingredient in saving the man’s life, who was subsequently transferred to the Virgen Macarena Hospital for treatment, where he stayed for two days.

Medics at the scene treated Rufino Nogales for hypothermia, wrapping him in a thermal blanket, and treating injuries to the fingers of both his hands from gripping the walls of the well, along with tendonitis and burns caused by holding the rope, as reported by diariodesevilla.es.