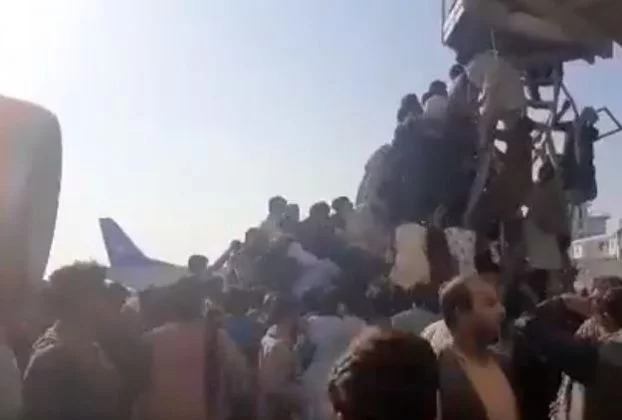 Spain offers job at Kabul embassy as it tries to rescue its workers. A new job has been advertised at the Kabul embassy for the position of a Communications Operator.

The job offer which was published in the BOE on Monday, August 16, and comes at a strange time as the government is working to rescue 500 people stranded in Kabul.

The current situation in Afghanistan is getting worse and the government is working around the clock to evacuate both Spanish workers from the area and Afghan collaborators who have worked with the Spanish authorities. Spain has now advertised a job at the Spanish Embassy in Afghanistan, something which surely must be an oversight due to the timing.

The job was advertised today, Monday, and is for the position of Communications Operator. The position offers good pay despite the location and the salary comes in at over 4000 euros each month. The job advert says they are looking for a person with “experience and knowledge in Foreign Service. Experience and knowledge in local and wide area networks and handling of communications equipment and systems”, and the job will be based in Kabul.

In other Kabul news, Spain begins rescue mission for 500 people in Kabul. Spain are sending in a military advance team to Dubai. The rescue mission is rapidly becoming known as “The Kabul 500”.

Today Monday, August 16, Spain are sending two A400 aircraft to Dubai to begin the rescue operation of 500 people. Each of the planes can carry around a hundred people. The rescue mission will include diplomatic personnel, translators and family members, all of whom are currently stuck in Kabul as the situation escalates.

The operation has been organised by the Ministry of Defense in collaboration with Foreign Affairs. It is said that every detail has been considered and nothing has been left to chance.

Yesterday Sunday August 15, the US embassy issued warnings. One warning said: “The security situation in Kabul is changing rapidly, including at the airport. Therefore, we are urging US citizens to remain in their places of refuge.”