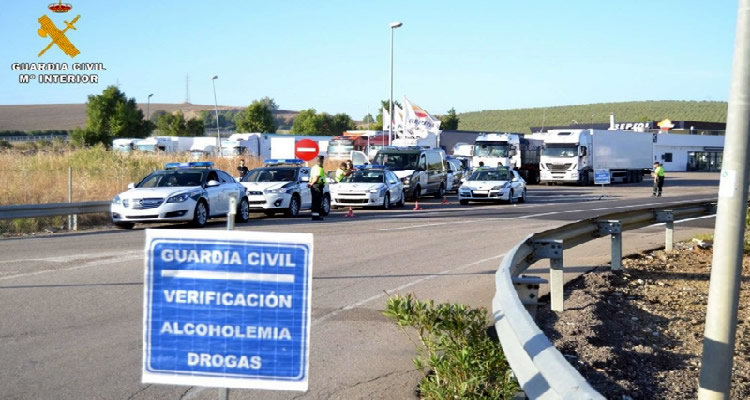 A guide to what a drugs check by a Guardia Civil traffic cop entails. image: guardia civil

THE DGT Summer campaign on Spanish roads during the first week of August saw Guardia Civil Traffic officers test more than 150,000 drivers for alcohol and drugs

Spain’s General Directorate of Traffic (DGT) ran their second big alcohol and drugs control campaign of 2021, on the roads of Spain, between August 2 and 8, which ended with a very pleasing result for all involved, as it is reported that there was a decrease in positive tests compared to the previous campaign in June.

According to the DGT data, a total of 154,041 drivers were tested by officers from the Guardia Civil’s traffic unit, out of which, 2,945 tested positive for alcohol or drugs (which was 1.9 per cent).

Reporting these figures in their social networks, Traffic pointed out that even though numbers were down on June, there were still an average of 420 drivers detected every day at the wheel of their vehicle who were over the legal limit of alcohol or drugs, 30 per day less than in June, but still a high number, that puts the lives of other road users at risk.

“As long as there is only one driver under the influence of alcohol and / or drugs, the rest of the road users are already being put at risk”, they commented, adding that in one out of every two drivers who died in a traffic accident during 2020, the toxicological analysis in their autopsy results revealed that they had tested positive for alcohol, drugs and / or psychotropic drugs.

On their Twitter page, the DGT also highlighted that, in the case of alcohol, professional drivers, motorcyclists, and novice drivers have accounted for 4 per cent of the positives in this campaign, and that 250 drivers have been prosecuted, who have been brought to justice, either for driving at a rate higher than 0.60mg/l in a breath test, or for refusing to carry out the test.

Regarding drugs, of the 1,386 drivers who tested positive for some substance, the majority did so for cannabis (71 per cent), followed by those who did so for cocaine (37 per cent), amphetamines (13 per cent), and opioids (5 per cent).

This will not be the last drug and alcohol control campaign carried out by the DGT this year, they added, because if they have learned one thing, it is that there is no better measure to avoid deaths on the road than preventive controls, with up to 85 per cent of the positive results being detected at checkpoints, as reported by granadahoy.com.