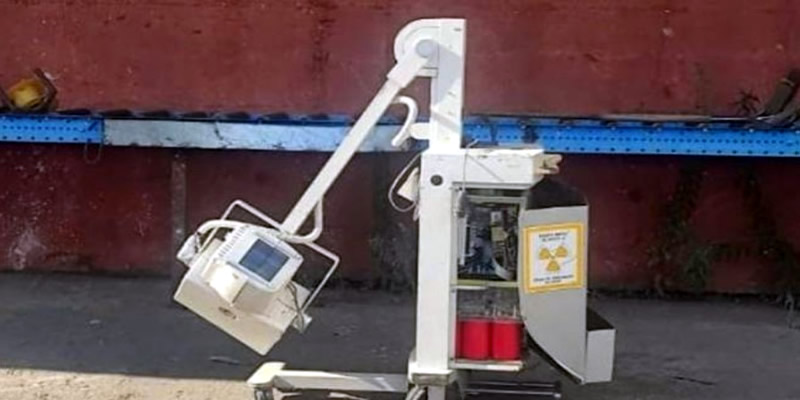 National Police officers in Madrid have arrested four people for their alleged involvement in the theft of an X-ray diagnostic machine from the Ramon y Cajal hospital, that was later sold as scrap metal, with two of the detainees reportedly being investigated for the theft, while the other two are the owners of the junkyard where the machine was found, who are charged with an alleged crime of receiving.

As reported by Madrid Police headquarters, during the early hours of Monday, August 16, officers of the Citizen Security service learned of the theft of an x-ray machine from the Madrid hospital, at which point they initiated a series of investigations that led them to a street in the Madrid district of Ciudad Lineal, where the police suspected that those allegedly responsible for the theft of the machine – which is equipped with radioactive material – could be found.

According to police sources, officers located the suspects in a vehicle, and after interviewing them, found out that they had sold the machine at a scrapyard in the town of Leganes, with the transaction made for a negligible price, compared to its original value, at which point a patrol from Leganes drove to the establishment, where they located the diagnostic device and subsequently proceeded to arrest the owners of the scrapyard who made the purchase.

Those investigated for the robbery are two young people of 19 and 25 years, with numerous police records: the first has four convictions, and the second, up to 17, while the owners of the scrapyard, who are aged 45 and 58 years old, have no previous police records.

During the course of this arrest, a TEDAX-NRBQ specialist unit of the National Police was deployed to the scrapyard, to inspect both the facility and the van that had transported the stolen item, to verify that there had been no radioactive leakage during its handling and transport, as reported by 20minutes.es.