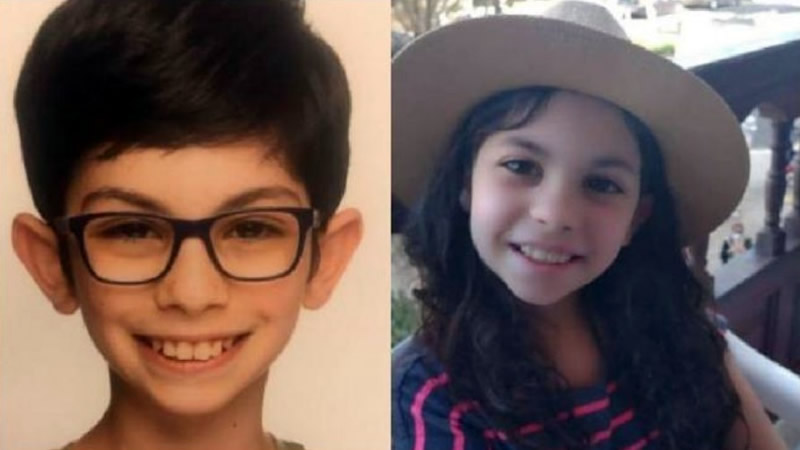 SOSDesaparecidos – the Spanish association for missing persons – has announced via Twitter, the disappearance of two siblings, Kristian and Amantia, 11 and 10 years old respectively, whose mother reported them missing last January in Germany while they were with their father, none of whom has been seen since.

As reported by Radio Club Tenerife, the German police have brought the case to the attention of the Spanish authorities as they suspect that the father of the two children could have travelled to Tenerife with them, to hide out on the island.

The SOSdesaparecidos Association has asked for the public’s help by releasing a description of the children, with a photograph, and their personal data: Kristian Toska, 11 years old, has brown hair, a slim build, brown eyes and wears prescription glasses, while his sister, Amantia, is 10 years old with long, curly, brown hair and a slim build.

As reported by the program Espejo Publico, the couple separated in 2013, and when the complaint was formalised by German police earlier this year, it was revealed by the mother that the father of their two children has a history of abuse against her, and even threatened to kill them if she went to the police.

It was reportedly a conversation between the daughter and one of her friends that has put the authorities on the track of their possible arrival on the island, with Joaquin Amills, the president of SOSDesaparecidos acknowledging to Espejo Publico that, “there is documentation that proves that the father has been looking for housing in Tenerife, as well as proof that he has made the flights to the island. It was the mother who began to hang posters around the island, and it was the father who called her after seeing them, and told him that if she went to the police, he would kill the children”, as reported by 20minutos.es.