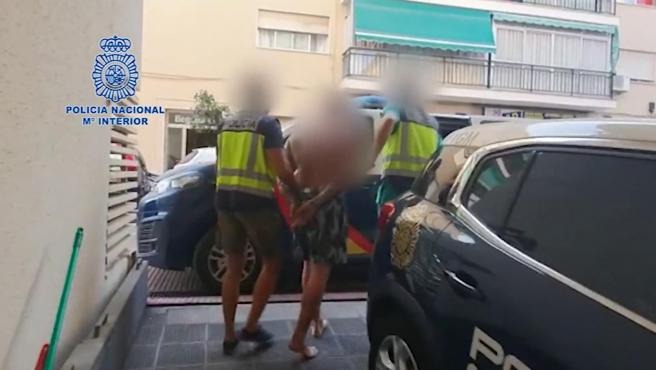 Italian supremacist fugitive arrested in Malaga’s Fuengirola after causing an explosion in Italy.

Officers from Spain’s National Police have successfully arrested an Italian national who was on the run. The arrest was made in Malaga’s Fuengirola and the man had a European Arrest Warrant (EAW) for his arrest. The warrant was for crimes of illegal possession of weapons and breach of precautionary judicial measures and had been issued by Italian authorities.

The man is considered by the authorities to be an Italian far right supremacist and an ultra-right-wing extremist. He is thought to have been acting on his own. Intelligence services in Italy have been investigating what his targets could be.

Officers from the Information Brigades of Malaga, Fuengirola and Velez-Malaga under the coordination of the General Commissariat of Information carried out the arrest of the fugitive. He was wanted for events that happened in June in the Piedmontese town of Brescia.

As reported by Italian authorities the fugitive had caused an explosion during the making of an explosive device. He was arrested in Italy but managed to evade the justice system before fleeing to Spain.

The Italian supremacist fugitive was arrested in Fuengirola after having been located there on Tuesday August 17. The officers attempted to arrest him, but he fought back violently. Officers finally managed to arrest him after a ferocious struggle. Sadly, three officers were injured during the arrest.

As reported, 20 minutes, “The arrested man has been handed over to the Central Examining Magistrate’s Court of the National High Court for the examination of the OEDE, who has ordered him to be remanded in prison. In addition, proceedings for assault and battery have been opened at the National Police station in Fuengirola.”