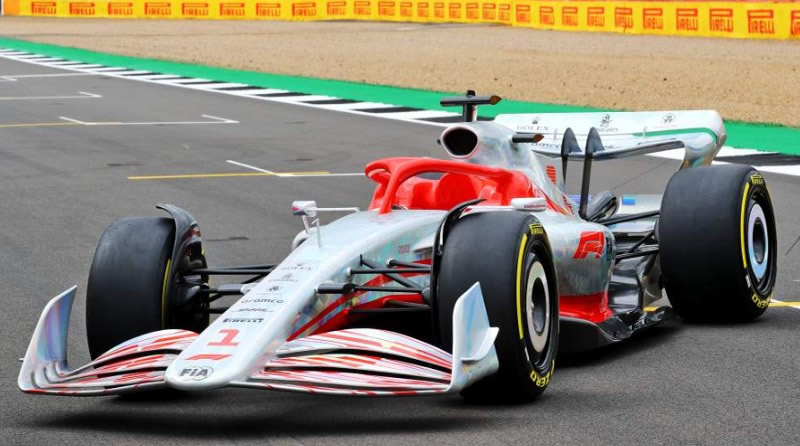 Formula One to see the biggest changes in forty years in 2022. image: twitter

FORMULA ONE will undergo the biggest rule changes for forty years in 2022, according to Red Bull’s technical director, Adrian Newey

The 2021 Formula 1 World Championship is more exciting than ever at the moment, with the current fight for the championship going on between Dutchman Max Verstappen, and Britain’s seven-time world champion, Lewis Hamilton, however, nothing stands still, and the iconic motorsports brand is already thinking about the future of the sport, with big changes being lined up.

Red Bull’s technical director, Adrian Newey, speaking on Red Bull’s ‘Talking Bull’ podcast, assured that what is planned to take place in 2022 will be the biggest change he has ever seen in Formula 1, a world which he has been around for 40 years.

“I’d say this is the biggest regulation change we’ve had since Venturi’s ground effect was banned in late 1982, the truth is, a revolution. The only thing that really stays the same is the power unit. Everything else will be different”, Newey told the podcast listeners.

In addition, the Brit assured that they are already working on all this, since they cannot focus solely on the current World Championship, “We have to continue developing this year’s car, but we cannot just focus on this and ignore what is to come. We are doing everything we can to juggle both balls, and at the same time face the cost limit that, unfortunately, has led us to downsize the team in certain areas”.

Having said that, Adrian Newey has a clear chance of winning the drivers’ championship this year, “We have to keep developing this year’s car because, at this moment, we have a chance to win titles, he pointed out, with Verstappen currently lying second behind Hamilton in the race for the title.

He believes that Max Verstappen has the quality of a champion, “He has the same steel value as any world champion. His driving ability is obviously excellent, and he has become a great racer. He really hasn’t made any mistakes this year. In the races where he hasn’t scored it hasn’t been because of his fault”, as reported by cadenaser.com.