Mahou San Miguel to invest €3 million in its Malaga factory 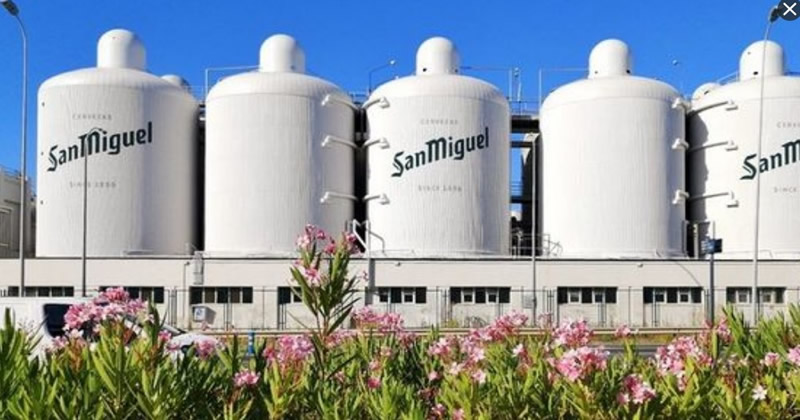 Mahou San Miguel has announced its plan to invest more than €3 million in its factory in Malaga during 2021, “to ensure its future competitiveness and its contribution to the economic development of the province”, a figure which is 18 per cent more than they spent in 2020, and is on top of the almost €28 million already invested in the facility over the last decade.

The iconic brewery has been in place for more than half a century now, on its site near the airport, and a spokesman said this Thursday, August 19, that despite the difficult times brought about by the pandemic, it is prioritising investment in a centre that it considers “strategic”, and through which, purchases of goods and services worth more than €12 million were made by 127 companies in Malaga province in 2020.

This latest investment will be used fundamentally, for projects aimed at modernising processes with the latest innovations, including a comprehensive renovation of the plant’s brewhouse, and the control systems, with an investment of €1.4 million this year, which will allow the facility to have the best technology combined with efficient operations and energy consumption.

Mahou San Miguel also highlights the commitment to environmental performance, with a commitment to make this factory carbon neutral by 2030, where, in fact, 100 per cent of the electrical energy it consumes is already entirely “green”, and of certified origin, and a significant effort is being made to eliminate plastic from its packaging and materials, with 50 per cent of the shrink wrap material used in the plant being recycled and all the cardboard is sustainable.

As José Manuel Huesa, the director of the facility explains, “We want to add value to Malaga through our activity, and this investment responds to our company’s desire that our factory continues to be an example of efficiency, innovation, respect for the environment and continues to play a relevant role in the development of our province”.

The firm also assures its continued sponsorship and initiatives that promote sports, leisure, local culture, and that help to energize the city, as reported by laopiniondemalaga.es.