Andalucia to contact over 50,000 people who refused to get the Covid vaccine 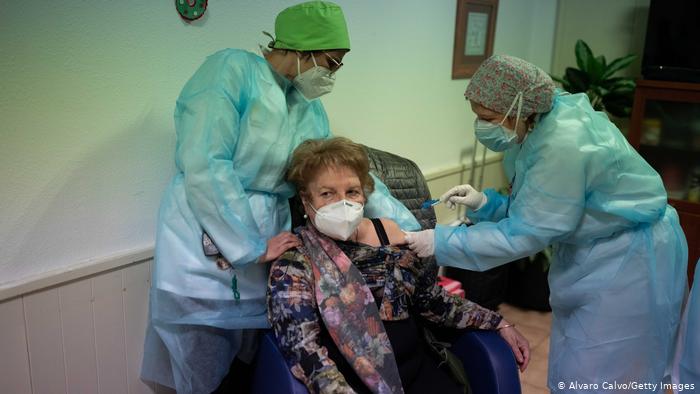 Andalucia to contact over 50,000 people who refused to get the Covid vaccine. image: Pixabay

Andalucia to contact over 50,000 people who refused to get the Covid vaccine.

Only 0.60% of the Andalucian population has refused to receive the Covid vaccine. This tiny percentage translates into a total number of 50,791 people who have ruled out taking the jab in the community since the immunisation process began on December 27, 2020.

That figure translates to the entire population of Utrera or Rincón de la Victoria of Malaga deciding not to receive the vaccine.

The President of Andalucia, Juanma Moreno, said on Thursday in an event in Ronda, that the Ministry of Health is still trying to contact these ‘non-vaxxers’ to engage in the vaccination process that has already achieved the complete immunisation of 65% of the population of the community.

Despite the good pace achieved so far, the number of weekly vaccinations continues to decline and in the last seven days has reached the lowest figure in a month, with just 420,444 doses being administered.

To find the reasons for this loss of interest, several factors must be taken into account, but the most important of all is the drop in the supply of doses of Pzifer, Janssen and Moderna, which are the three drugs that continue to arrive in Andalucia.

The immunisation programme of the target population using AstraZeneca serum – people between 60 and 69 years of age – has now been virtually completed, according to the Ministry of Health report.

The decline is related to the end of a special delivery that Pfizer sent in the second quarter to accelerate the process – which has now been depleted – but has been alleviated in part with a new shipment negotiated by the government, through the EU, with the American laboratory.

This unexpected increase in stocks means that the Ministry of Health has launched calls for vaccination without a prior appointment in coastal areas for the first time, allowing Andalucians to get their first jab in the place where they are holidaying, without the need to go to their local health centre.

These campaigns, launched this week, facilitate the vaccination of people who are on vacation and have not made an appointment in their city of origin, taking into account that the second dose could catch them out time-wise since the Moderna and Pfizer vaccines need an interval of 28 and 21 days respectively between one jab and the other.

The slowdown in the advance of vaccination, which is repeated in the rest of the country, comes with 65.7% of the population with the complete schedule and 75.3% with at least one dose. The initially set target of 70% of the immunised population is within reach and, in fact, will be reached in less than two weeks at the current rate, even taking into account the slowdown that the process has suffered. The problem is that now it will be necessary to reach 80% or 85% to stop transmission due to the greater contagion of the Delta variant, which is the predominant one in Andalucia. To reach these percentages, between 1.7 and 2.5 million doses are necessary, which the SAS can put, according to the current rhythm, in an interval that goes between three and six weeks.