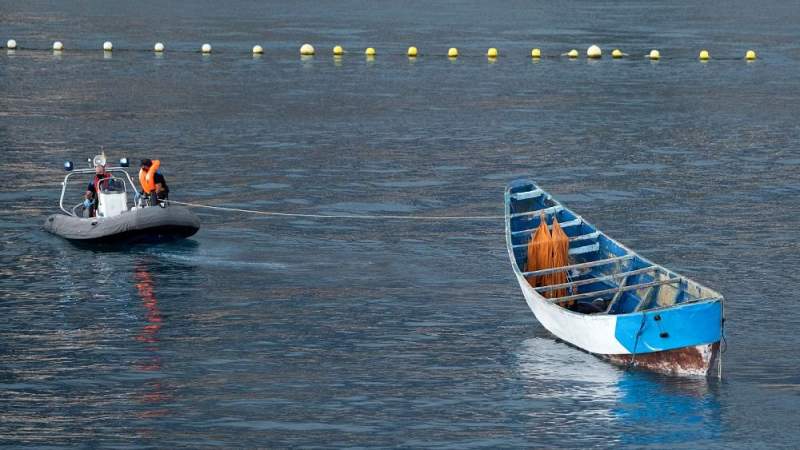 Dinghy capsize leaves 37 dead off the Canary Islands coast as rescuers fear more could be missing.
Thirty-seven migrants are feared dead after their dinghy capsized off the coast of Spain’s Canary Islands. The sole survivor from the group told Spain’s maritime rescue services on Thursday, August, 19, that the heavy seas flung the occupants of the boat into the water and that many struggled to keep afloat.
A rescue helicopter carrying the survivor – a 30-year-old woman who appeared exhausted and shaken – together with two corpses- touched down at Las Palmas de Gran Canaria airport, in the Canarian capital, after a cargo ship came across them 212 kilometres away from the coast.
The woman told rescue workers that there were 40 migrants aboard the dinghy, but maritime rescue services said there were no signs of anybody else near where the vessel capsized.
The woman was hospitalised and is suffering from severe dehydration, according to the Spanish news agency EFE.
So far this year more than 7,500 migrants have made the dangerous crossing from the West Africa coast to the Canaries archipelago, over twice as many as in the same period in 2020, which itself saw an eightfold increase from 2019.
Related:
On Saturday, July 3, 59 migrants arrived on the Andalucian coast with several people requiring hospital treatment- 59 migrants reached the Andalucian coast after they had sailed through the Strait of Gibraltar and the Alboran Sea in small boats, with 17 of these people arriving in Cadiz and 42 reaching Almeria.