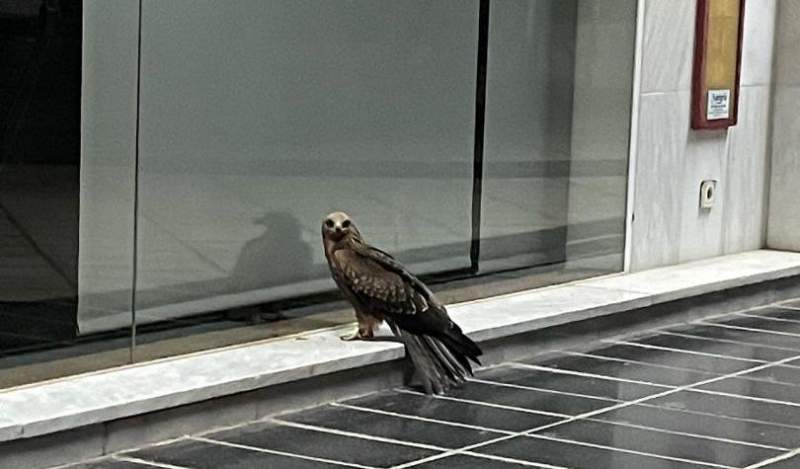 EXCLUSIVE 4-year-old Lulu was targeted by bird of prey in Marbella and had a lucky escape as it ended up knocking itself out.
Nicole and Mark Yadid were with their three children, Lulu 4, Gabriel 6 and Isabella 12 waiting to enjoy an al fresco meal at a restaurant in Centro Plaza Nueva Andalucia. Marbella in the early evening of Thursday August 19.


They are currently on holiday staying with family and certainly never expected what happened before their meal arrived.
There’s a large open area and the children were being children, playing together before the food arrived when the parents suddenly heard a crash and feared that one of the children had run into a door or window.
Much to their amazement however they saw a bird of prey which Nicole believes to be an Eastern imperial eagle (Aguila heliaca) on the ground, temporarily unable to move and the children explained what had happened.
The bird had swooped down and appeared to be heading directly for Lulu who is quite small but happily she spotted it and jumped out of the way and bird flew straight into a window, temporarily knocking itself out.
The owner of the restaurant who has been there for some seven years said that although he had seen seagulls swoop down, he had never seen anything like this before.
Once the bird regained its senses, it flew to a position on top of a building and then spent around half an hour just circling above.
Having had their meal and being shaken by what had happened, the family decided to take no chances with a repeat performance and feeling almost intimidated, they decided to leave.
Although the children were initially upset by the events, they have now bounced back and will certainly have something interesting to write about if given the job of describing what happened on their holidays.
Nicole observed that according to Wikipedia this type of eagle is opportunistic and is known for selecting small mammals as prey but whilst Lulu is small, she hadn’t expected her to attract that kind of attention!
Thank you for reading ‘EXCLUSIVE 4-year-old Lulu was targeted by bird of prey in Marbella’ and remember that all articles produced by Euro Weekly News may be accessed free of charge.