House Prices Climb to Record Levels in US and Europe 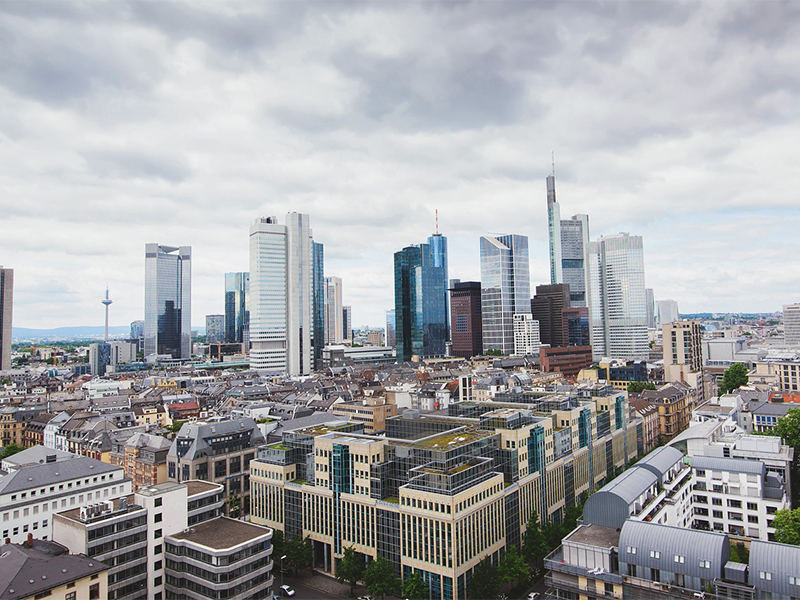 Image by Igor Link from Pixabay

One of the most universally-accepted indicators of success and economic prosperity is house ownership- serving both as a safe, long-term investment and as a source of consistent, affordable, and secure housing.

Having said that, housing prices can vary significantly depending on one’s country and city of residence, and consequently purchasing a house may not always be a pragmatically feasible option for everyone depending on their personal situation and income.

In late 2020, Hong Kong was ranked the most expensive city to purchase a property in the entire world- with average residential property values exceeding USD $1.25 million. Singapore and Shanghai followed closely in second and third place respectively.

Since the outbreak of the unprecedented COVID-19 pandemic, housing markets all over the world (and especially in the U.S. and in Europe), began to boom- with property prices spiking.

This was highly facilitated indirectly by the plethora of government schemes that were initiated to safeguard individuals during the chaotic COVID-19 era- such as job protection measures and housing benefits.

The OECD, for example, published a list of the prolific countries whose house prices increased since the beginning of 2020; the list included Turkey, the U.S, the U.K, and most European Union member states.

House prices are affected by a variety of different factors. The plethora of fiscal and monetary measures introduced during the COVID-19 pandemic have indirectly propelled industry-related demand- due to the increased security involved through job and housing protection measures, whilst supply has (unsurprisingly) struggled to keep up.

This has meant that, unlike the past- where global financial crises were usually associated with negative housing implications, the housing market experienced a severe boom.

This trend was seen in Europe as well, with property prices in the Netherlands rising by almost 13% in the last year, a growth rate which, according to the Dutch Statistics Office, is the fastest seen since 2001.

It should also be noted that the total number of housing sales declined (both in the U.S. and in Europe) despite housing prices continuing to rise significantly; this suggests that market demand has greatly surpassed the available supply. For contextual purposes, the Dutch Land Registry recently reported 16,126 residential property transactions- a 12% decrease in comparison to the year before.

Are Housing Markets Beginning to Peak?

According to industry analysts and economists, the recent drop in total sales of properties is likely indicative of the fact that the market has peaked; at its peak, the market reached activity that was not seen in over 15 years (2006).

Others have suggested that even more rises are going to come as a direct result of central bank loose monetary policies which are likely to propel asset prices.

The U.S. Federal Reserve has also commented on the aforementioned exorbitant pricing of the housing market at the moment- particularly in light of its USD $40 billion purchases of securities.

Having said that, buyer activity is expected to significantly slow down in the next couple of months

In fact, the end of the ‘’stamp duty holiday’’ in June has seemingly already initiated a market turning point- with Nationwide’s house price index illustrating that house prices in July fell by roughly 0.5%. Recent data also shows that the rate at which house prices are increasing has begun to slow down (falling down to 10.5% in comparison to the 17-year high of 13.5% that was seen the month before).

According to a recent survey, almost 38% of European citizens have considered moving to a “more rural” area following the beginning of the pandemic.

Countries like Italy, Finland, and Austria especially saw a significant number of city dwellers looking to ‘’escape’’ the relatively confined and limited options which can be found in the city by purchasing larger properties in non-urban areas.

Obviously, this is a result of individuals’ ability to work remotely- leaving little reason to stay in the city, and also requiring more home-space (so as to accommodate a home office).

A report published by the European Central Bank in the fourth quarter of 2020 illustrated a house price growth rate that hadn’t been seen since 2007 (5.8%). Some EU member states were affected more than others (given the different government schemes that were initiated, and consequently the different degrees in which market demand was affected), with France, Germany and the Netherlands accounting for around 75% of the total increase in house prices.

The shortage of available & affordable homes- and the increased demand that followed, eventually sparked social outrage towards commercial landlords in a plethora of European countries. The government in Ireland, for example, recently introduced legislation that imposed a 10% stamp duty on any individual with a real estate license that purchased 10 or more properties over a 12 month period.

Germany saw a similar situation, with a prolific amount of protests emerging in light of the soon-to-come €18 billion merger between Vonovia- the country’s largest landlord agency, and its rival, Deutsche Wohnen, which campaigned for the introduction of rent cap schemes.

The European Central Bank has also been the recipient of criticism in the area, with its very loose monetary policy being targeted as a reason for the aforementioned exorbitant spike in widespread housing price rises within the EU.

As briefly touched on above, the aforementioned global house market boom during the unprecedented COVID-19 pandemic was quite surprising as- traditionally, a lack of: information, social unrest, and stability has been associated with times of extreme economic downfall.

Nevertheless, the relevant data available seems to suggest that the spike is slowly beginning to subside, with leading analysts expecting a return to ‘’normality’’ by April of 2022.