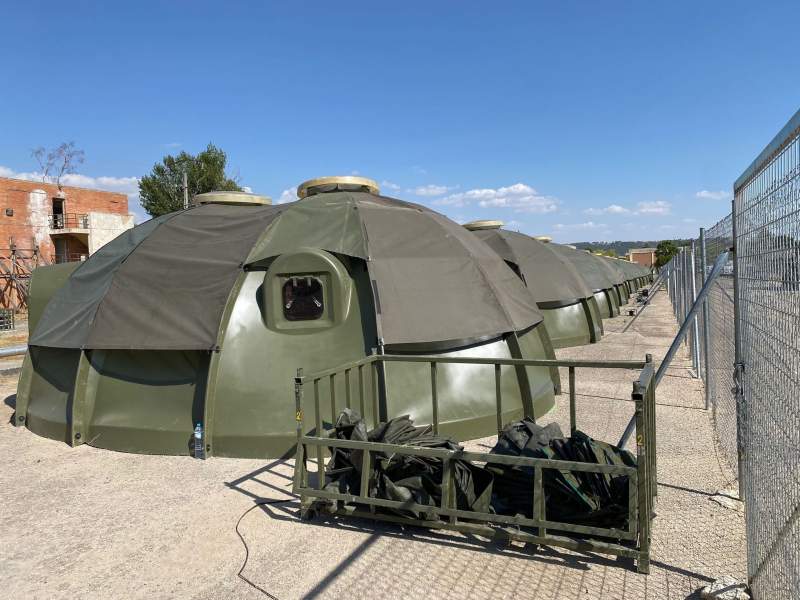 Spain receives the first group of ‘transient’ Afghan asylum seekers ready to be received by the EU.

The surprisingly quick and easy fall of Kabul after a lightning offensive by the Taliban in Afghanistan prompted a logistical challenge in Spain. In response, the Spanish Air Force and the UME military emergency unit has set up a ‘transient’ refugee camp at the Torrejón de Ardoz airbase in Madrid that can hold up to 800 people.

The Socialist Party (PSOE) government of Prime Minister Pedro Sánchez has established the base as the centre of operations for Afghan nationals who previously worked for the European Union (EU), this group of people will later be moved to other member state countries.

So far, there are a total of 89 people on the base who have been evacuated from Kabul, among them were five Spaniards who arrived in the early hours of Thursday on an A400M aircraft sent by the Spanish government- as well as an Italian plane that forms part of the EU’s Foreign Service.

Spain is working with the latter organisation to serve as an entry point for the distribution of Afghan collaborators among the bloc’s member states.

The camp, which has been set up next to the runway and includes a canteen for 200 people, showers and restrooms, has separate areas for men, women and children. The evacuees are being attended to by professionals from the Secretary of State for Migration as well as NGOs. For the children, there is a play area and a baby-feeding area, as well as a medical and psychological attention service.

As well as food and drink, the arrivals are being supplied with face masks and other sanitary items. All of the people evacuated to Torrejón have so far tested negative for coronavirus via antigen tests.

The maximum time that the asylum seekers spend in Torrejón before being processed by the Spanish or EU countries’ systems is expected to be 72 hours, according to government services.

After their coronavirus tests, the arrivals are being identified by the National Police, to whom they must express their interest in seeking international protection- thereby beginning the asylum process.