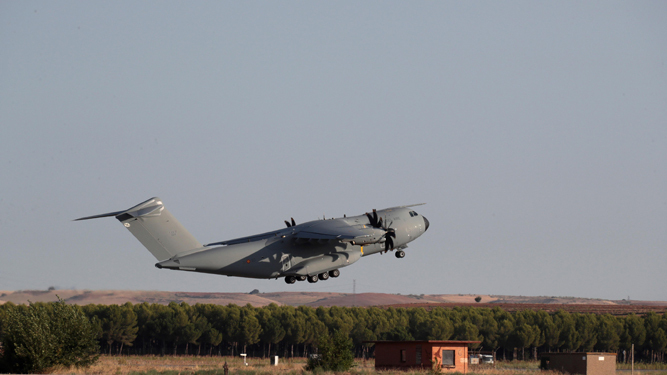 A second Spanish Armed Forces plane took off from the Kabul airport at 06:30 this morning, Friday, August, 20, with a group of 110 people evacuated from Afghanistan, including three complete families of Embassy staff, and is scheduled to land at 10:00 a.m. in Dubai.

Spanish diplomat, José Manuel Albares, said on the Ser radio station that of this second group of 110 people, 50 are expected to remain in Spain and will claim asylum.

Albares also added that there are no Spanish Embassy personnel left in Kabul, beyond the minimum necessary to continue with the evacuation of the collaborators.

Among the passengers, there are personnel who have collaborated with Spanish institutions, such as the Aecid or Defence unit, as well as the captain of the Afghan Paralympic basketball team, Nilofar Bayat.

The head of Foreign Affairs has assured that the Government will not cease in its efforts to locate people who have worked for Spanish institutions but acknowledged that they are having difficulty in contacting them. “We are not going to leave anyone behind,” he assured.

Albares also stressed that the evacuees are “all” Afghans, because “there are no Spaniards left in Afghanistan, except for the Ambassador and the Embassy staff”.

Meanwhile, Prime Minister Pedro Sanchez is under fire for not ending his holiday while chaos engulfs Afghanistan.

Angela Merkel, Boris Johnson and Emmanuel Macron have suspended their August holidays to return to the business of government as an international crisis unfolds in Afghanistan.

Sanchez is continuing his holiday in the opulent Palacio de La Mareta in Lanzarote.