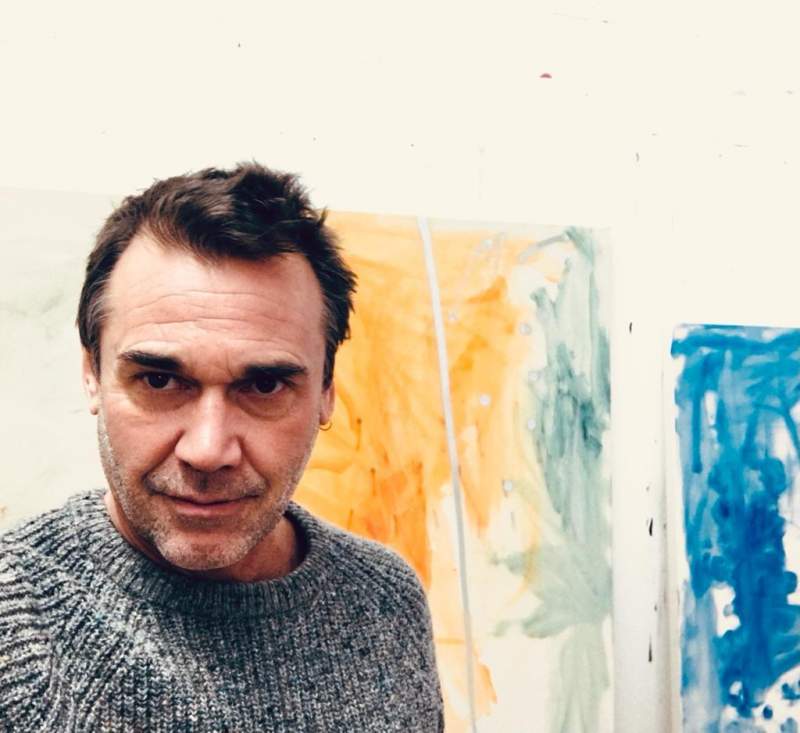 EXCLUSIVE INTERVIEW with multi-talented UK musician whose compositions have 30 million album sales by top names.
Paul Statham is a musical polymath who plays piano, keyboards, drums and guitar and even teaches song writing courses and production at Solent University.
Although he lives in North London where he has his own home studio, he has been a visitor to Spain for the last 20 years and his dream is to own a home in Salobreña in Axarquia.
He is currently staying near Motril after spending a week with former flat mate and best friend Rob Downes, guitarist with the band Then Jerico who also lives in Axarquia.
Often musicians tend to stick with one style of music but Paul certainly embraces a huge range and his career has seen a number of major changes, mostly to his benefit.
He was (and still is) in a band called B-Movie from his teen years and they obtained a recording contract which then saw him form Peach with Lisa Lamb and producer Pascal Gabriel and had a sizeable hit in the USA with On My Own which was part of the soundtrack for the movie Sliding Doors.
From there, he was signed to the Warner Chappell company as a songwriter and got together with Dido, co-writing a number of songs for her smash hit album No Angel which sold more than 20 million copies.
He was then approached and asked if he would like to write with Kylie Minogue and they spent two weeks together, producing a number of songs, two of which were on her hit album Fever and Paul says “she was a delight to work with”
From there he has worked regularly with Jim Kerr and Simple Minds as well as writing with former Spice Girls Geri Halliwell and Emma Bunton, Sophie Ellis Bextor, Rachel Stevens, Natalie Imbruglia and Will Young.
At the same time, he has recorded no less than seven albums with former Bauhaus singer Pete Murphy and they had some success in the States where Goth music was popular, playing for up to 7,000 people at a time.
Another side is his record label Loki (pronounced Low Key) that came about as he explained “I’m a huge Marvel Comics fan and years ago I thought that it would be great to have a name connected with one of my heroes so I was lucky enough to snap up lokirecords.com”.
The name laid dormant for some time but now he releases tracks from some of the bands he plays with as well as selected material from other musicians.
When asked who is influences are, Paul said “All time favourite is Another Green World by Brian Eno but I’m also very fond of David Bowie, especially Blackstar his album released just before he died.
“Other favourites are Leonard Cohen who taught me how important lyrics are and Tom Waits as well as Bacharach and David.”
We spoke about Spotify (a site to listen to music at a price) and whilst agreeing the concept was good, he explained that on average for every million plays of a number, the record company receives around €4,500 and the composer €500 which is being contested at the moment.
In the mean time he has just released the second Dark Flowers album Radioland featuring Jim Kerr and singer The Anchoress as well as other top musicians which he describes as electro ambient country and would love readers to give it a listen on Spotify.
Thank you for reading ‘UK musician whose compositions have 30 million album sales’ and remember that all articles produced by Euro Weekly News may be accessed free of charge.