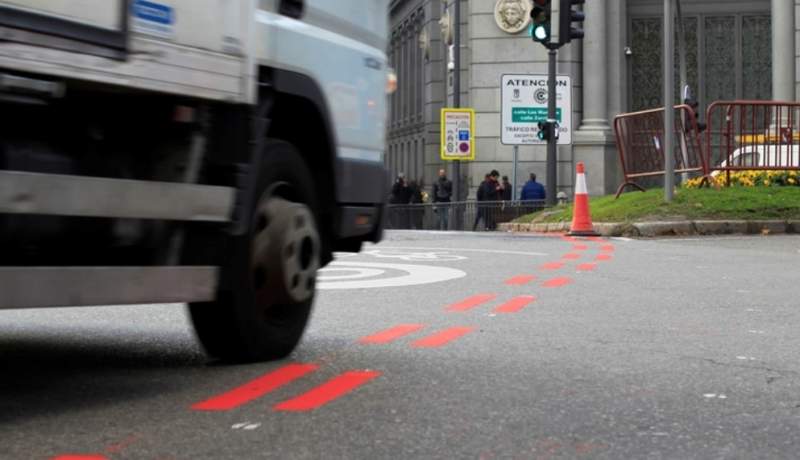 The Government of the city of Madrid approved this morning, in an extraordinary meeting, the draft Sustainable Mobility Ordinance, a document that has been sent to the groups for the presentation of amendments, with the objective of the Almeida team being to try and close the Mobility and Environment commission in the first week of September, and later, debate and vote on it in the Cibeles Plenary on the 10th of that month.

For that appointment they will need the support of four other councillors beyond those of the PP and Citizens, so that it can come into force in the following weeks, and some of its most relevant points, such as the creation of two specially protected low-emission zones, in the Centro district, and in Plaza Eliptica, could then be operational by the beginning of November.

As detailed by Borja Carabante, the mayor of Madrid, the consistory has made modifications to 41 articles of the initial project – which was approved on May 27 at the Governing Board – as a result of the 426 allegations accepted – 207 totally, and 219 partially admitted.

Apart from the creation of the two low-emission zones, one of the most relevant points of the new ordinance is that it establishes a calendar of limitations to circulation established for those vehicles that are not listed in the register of the IVTM of the City Hall, as follows:

From January 1, 2022, access and circulation on urban public roads inside the M-30 is prohibited, excluding the M-30 itself.

From January 1, 2023, access and circulation on urban public roads inside the M-30, and the M-30 itself is prohibited.

From January 1, 2024, access and circulation on all urban public roads in the territory of Madrid ZBE is prohibited.

-From January 1, 2025, the prohibition also extends to the A of Madrid.

Dynamic rate and intelligent loading and unloading: A dynamic rate of the SER is established, based on the levels of pollution, which will be regulated later in the tax ordinance, so that prices can rise when the levels of pollution are higher, and with a special recharge for the most polluting vehicles. In addition, intelligent loading and unloading devices will be established, with intelligent instruments.

High-turnover squares: the blue and green areas of the SER will be joined by a new one, in blue and white, with a maximum duration of 45 minutes, at points of special tension and traffic pressure, such as health, educational and commercial centres.

Extension of the SER: the document contemplates the possible extension of the service in article 57 to 20 new neighborhoods, partially (part of the territory) or totally. It would only be implemented under local demand. Of the 49 neighborhoods that are currently governed by this formula, it would rise to 69.

Other changes: modifications are introduced such as the obligation to present mobility plans for large events of more than 5,000 people; the mandatory use of a helmet for bicycle users under 18 years of age and also for riders; scooters may circulate on the road; bicycles will now be able to circulate through the tunnels; and all the “sharing” transport systems (scooters, bicycles, and motorcycles) will have to park on the road, as reported by larazon.es.