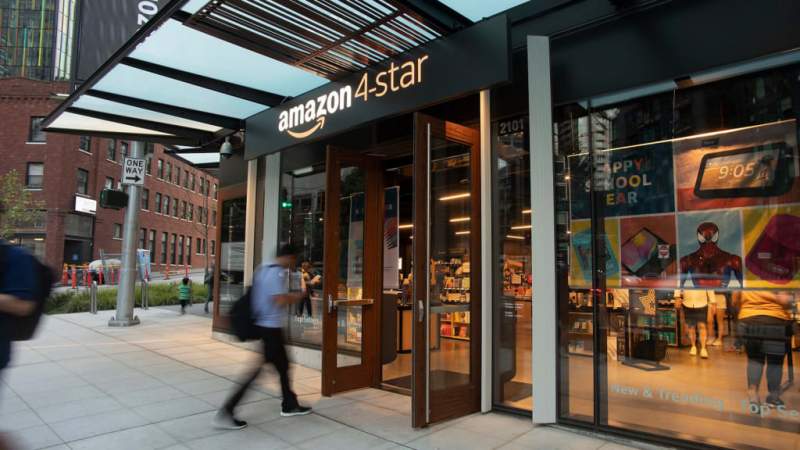 If you’re thinking about buying children’s toys, gadgets, books or electrical goods, what’s the first place you think of? The likelihood is it’s probably the one-stop shop that is Amazon, rather than high street shops which specialise in these products.

The reason is that Amazon offers an easy online ordering process, super-fast delivery, lots of choice and prices that are usually cheaper than anywhere else. This is great for your Christmas shopping – but not so great for the UK high street.

Now that Amazon has seen off most major competition, it itself is entering the brick-and-mortar retail market and opening physical shops. The first ones will be in the US, but it is rumoured the UK will follow suit soon.

Amazon.com Inc is planning to open large physical shops in the United States that will operate similar to department stores in the US as the e-commerce giant expands its footprint into brick-and-mortar retail.

Some of Amazon’s first department stores are expected to open in Ohio and California, the report from Reuters said, adding that the shops will be about 30,000 square feet in size and offer products from well-known consumer brands.

Sales at large department stores, which were shopping havens until the entry of online players especially Amazon, have since taken a beating, even leading to the bankruptcy of once-popular retail chains such as Sears, Neiman Marcus, and J.C. Penney.

Amazon, which dominates the online shopping space, had made its biggest bet in the brick-and-mortar format with its acquisition of upscale grocer Whole Foods in 2017.

The e-commerce giant has benefited from a surge in online purchases from homebound shoppers as COVID-19 forced millions to stay indoors over the past year. Traditional retailers also saw online sales surge, though total sales fell as they were forced to shut stores, which make up the bulk of their revenue.

Department store chains Macy’s Inc and Kohl’s Corp beat Wall Street estimates for second-quarter sales, and also raised their forecasts on full-year revenue and profit on Thursday as buyers came back to stores, spending on perfumes, shoes, and clothes.