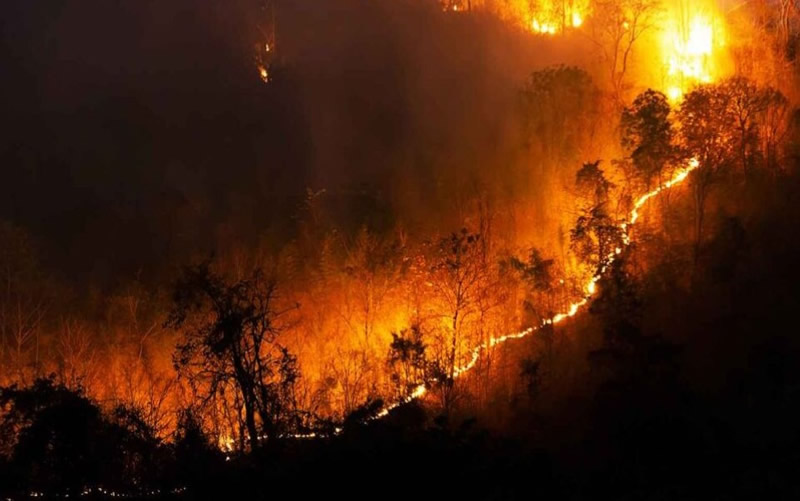 According to data from the Copernicus satellite, which has estimated the affected area of damage caused by the recent forest fire in Navalacruz and Cepeda de la Mora, in Avila, at 22,000 hectares, the incident could well be the third or fourth-largest forest fire ever in Spain since records began back in 1961.

The Ministry for the Ecological Transition and the Demographic Challenge (Miteco) has said that it wants to assess the information “immediately” in order to design a future plan of action, coordinated with the Junta de Castilla y Leon, with Hugo Moran, the Secretary of State for the Environment of Miteco, describing this fire as a “first-rate environmental catastrophe”, stating that now the fire has been stabilised, it is time to “assess the scope” of the damage, and set a coordinated action plan.

As he told Efe, there have been several fires recently in the same area of the Alberche basin, where there are catchments of that river for the supply of populations, which require the fires “to be intervened as soon as possible”, explaining that with the arrival of autumn and the rains of that time of year, water quality problems can be generated, which is why Mitceo is now studying the possibility of grouping together the different fire files in the area to assess “immediately” the damage that has occurred.

The Tajo Hydrographic Confederation and the General Directorate of Biodiversity, Forests and Desertification of Miteco are working on this, after the Junta de Castilla y Leon has begun to carry out an “evaluation of the damages of the first level”, with Moran praising the work of the members of the different firefighting administrations, who are “at the foot of fire”, and who perform “priceless work”.

The fact that this massive fire was started by “an act as fortuitous as starting a car”, led Javier Izquierdo, the Junta representative for Castilla y Leon to ask society to use the “maximum precaution” when moving through the countryside, “whether it is for leisure, or for work ”.

Mr Izquierdo also highlighted the “enormous deployment” of state technical and human resources who battled the fire, with more than 400 soldiers among members of the Military Emergency Unit (UME), and Miteco, in addition to thirteen aircraft, four of them amphibious aircraft, and two helicopters, as reported by laopiniondemalaga.es.