Electric scooters to be banned from pavements in Cordoba 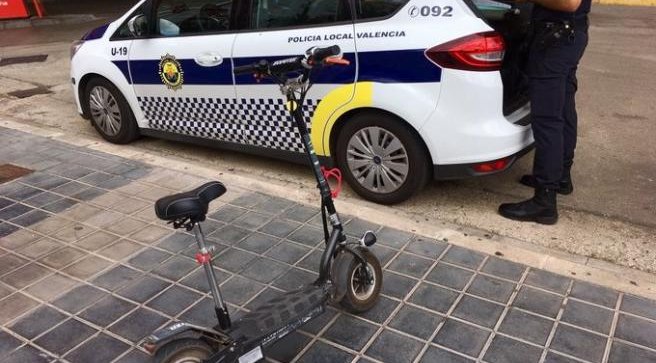 Electric scooters to be banned from pavements in Cordoba

Electric scooters to be banned from pavements in Cordoba under a new mobility ordinance draft proposal.

A new mobility ordinance draft proposal aimed at limiting the use of electric scooters through the southern region of Cordoba in Spain will come into law next year.

Specifically, the new law is aimed at the thousands of scooters that permeate daily through locals and tourists through the historical center of the town.

The rest of Spain introduced new rules earlier this year

Electric scooters have become an increasingly common sight in Spanish cities and they frequently take to the pavements, zipping past pedestrians at high speed. With this global self-mobility trend growing all the time, new legislation to protect pedestrians and other road users was inevitable.

Previously an issue dealt with on a municipal level, the new regulations introduced in February this year by Spain’s national traffic authority (DGT) applied to all electric scooters in use across the country.

Personal mobility vehicles such as electric scooters are now officially considered vehicles across Spain and their ‘drivers’ are obliged to comply with national traffic laws in the same way drivers of cars or motorbikes do. Vehicles for people with reduced mobility are not included in this group.

– They can no longer be used on pavements. Riders caught doing so will be fined by the police.

– Neither can they be used on intercity roads, motorways, highways, bypasses or city tunnels.

– Only one person is allowed on a scooter at any one time. Fines of 100€ will be issued to those breaking this rule.

– The use of earphones whilst on a scooter is prohibited. Offenders will face fines of 200€.

– Riders can also be fined for using their mobile phone or driving under the influence of alcohol and/or drugs. These “distractions” are the most common causes of fatal accidents involving e-scooters or similar in Spain, and offenders face fines of 200€.

– The maximum speed for all roads is set at 25 km/h and the minimum speed allowed is 6km/h. There are also calls for manufacturers to start making this the maximum speed at which personal mobility vehicles can operate. A decision to drop the speed limit for all vehicles on two-way streets in cities from 50 to 30km/h will make it safer for e-scooters to be on the road as well.