Spanish government warns of closures and problems in Social Security 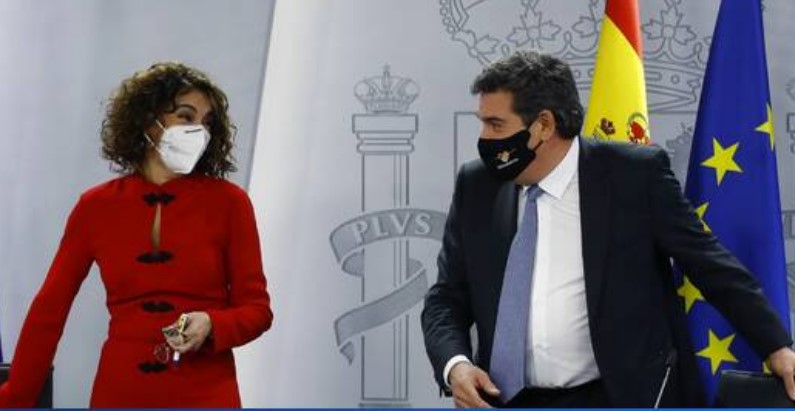 The Spanish Government is issuing warnings about the problems that are being generated, and that will worsen in the Social Security system, as a result of the strong reduction of personnel that is being suffered, a problem which directly affects all citizens of the country, since it is the body in charge of providing basic services such as control of the contributions of Social Security affiliates, pensions, and other social benefits such as leave due to disability, widowhood, orphanhood, or the minimum vital income.

Jose Luis Escriva, head of the Ministry of Inclusion, Social Security and Migration, said a few days ago, that, “Social Security personnel have experienced a strong reduction in the last decade, currently having a workforce of around 25,000 people, which is 20 per cent less than it had in 2011”.

Adding that, “a large percentage of the workforce is approaching retirement age; the average age of the workforce at the moment is 55 years. In fact, 58 per cent are over 55 years old, and 10 per cent of this workforce – about 2,500 people – will retire in the next three years, so if measures are not taken, the loss will be even greater. On the contrary, only 5 per cent of the effective are under the age of 40”.

“There has been a significant loss of personnel that is due to the incidence of two factors: the impact of retirements on an aging workforce, and the meagre replacement rate in recent years. This situation has led to a large part of the Social Security offices having problems to operate normally or are in danger of closure”, concluded Mr Escriva.

The Government explains, “If we focus on the National Institute of Social Security (INSS), where the loss of personnel has been a constant in recent years, of the almost 430 offices it has, 137 are at risk of closure (slightly more than 32 per cent). In other words, these centres have three or fewer workers. Furthermore, in recent months, 25 offices have had to be closed”.

They continued, “Of these, the majority have done so between 2020 and 2021 mainly due to the constant loss of staff, mainly due to the resolution of the transfer contest, and due to retirement, and the impossibility of providing them with sufficient personnel. This created an unsustainable situation for several centres of Attention and Information (CAISS), which made it impossible to maintain a stable structure of attention with quality guarantees for citizens”.

The problems extend to the General Treasury of Social Security (TGSS), “As for the TGSS offices, of the more than 470 offices, 138 – 29 per cent of the total – have six workers or less, which means that they have difficulties to function normally. In the last five years, an average of 476 civil servants have retired each year, while the public employment offer has barely made it possible to cover a small part of the positions that were vacant”.

Adding, “Consequently, at the present time, more than 3,500 of the 12,974 jobs in the TGSS are vacant, or without effective occupation, with the retirement forecasts being in the coming years similar or even more negative than the current ones, since more than 2,500 public employees – approximately 25 per cent of its workforce – are over 60 years old”.

Jose Luis Escriva assures that “the possibility of temporary solutions is being studied to try to avoid further damage to citizens”, explaining that to do this, he has included 500 new places in 2020, although he considers that it is a very modest figure for the strong loss of staff.

Escriva explained further, “The structural solution to this problem does not depend on Social Security. The Ministry of Inclusion, Social Security, and Migration, is working with great effort to alleviate this situation, but its capacity for action is limited, since the announcement of the public employment offer to provide more personnel to these entities is the responsibility of other ministries”.

To cover vacancies, this must be done “through the various public job offers, or by other means of provision”, in other words, Escriva points to the Spanish government Ministry of Finance and Public Function, led by Maria Jesus Montero, as responsible for this problem of lack of personnel, as reported by elconfidencial.com.