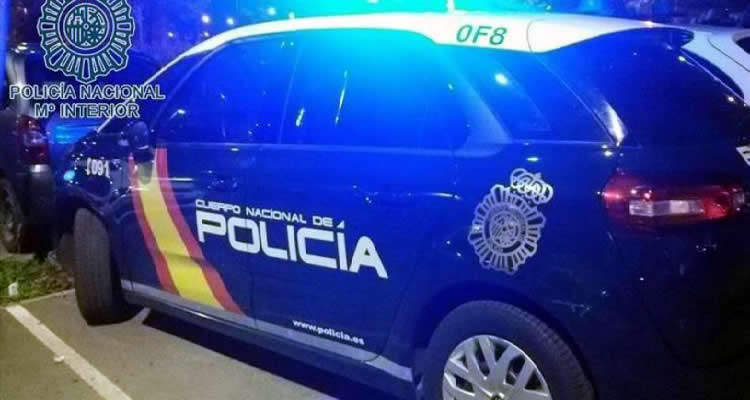 NATIONAL POLICE in Valencia have arrested a man wanted in connection with three cases of fraud totalling more than €100,000

National Police officers in the Spanish city of Valencia have arrested a 33-year-old man who was wanted as the suspected perpetrator of three crimes of fraud that total more than €100,000 euros, allegedly using three other people as his front men.

The suspect was located in a storage area that he had set up in a chalet he lived in, which had security cameras on the perimeter, and after his arrest, he was found to have eleven outstanding convictions, nine for being arrested, for which he made court appearances, and two prison convictions, all pending.

As reported by the police in a statement, their investigation was launched after two businessmen had filed a complaint, having paid €22,233 for the supposed purchase of Covid-19 protection material in April of last year, which one year later had still not been supplied.

The first part of the investigation led to the arrest on a charge of fraud, of a 39-year-old woman who owned the bank account that the money had been paid into, but delving deeper the officers came to realise that there was another person involved, the man who had set up the scam in the first place with the businessmen, clearly using a false identity.

An amount of €258,259 had been received in said account in a period of less than a year, including three transfers made from a French bank, amounting to €86,535, which turned out to be another fraud of late last year to a French company for the alleged purchase of mobile phones, which had been reported to French courts.

Eventually, the investigators tracked down the suspect, linking him with the bank account, finally locating him in Valencia, holed up in his chalet that he dared not leave for fear of being caught as he was wanted on so many existing charges, surrounded by a sophisticated surveillance system of cameras, but in mid-July, a unit from the Special Operations Group (GOES) forced their way into his hideout – where they found surveillance cameras in every room as well – and arrested him.

A team from the Canine Guides, specialised in searching for money carried out another search, where at one point, the dog “marked” a piece of furniture in one of the rooms, with a closer inspection finding a removable panel, behind which their suspect was hiding, with a mobile phone and laptop with which he had been monitoring the police officers in his home.

During a search of his home, they found €17,000 euros, a pistol, 38 cartridges, a Guardia Civil uniform, numerous documentation, three mobile phones, a laptop, a tablet, and four hard drives, all of which were seized, with the suspect arrested on 29 charges of fraud, falsification of documents, usurpation of civil status, and misappropriation, and has since been sent to prison, as reported by diariodesevilla.es.