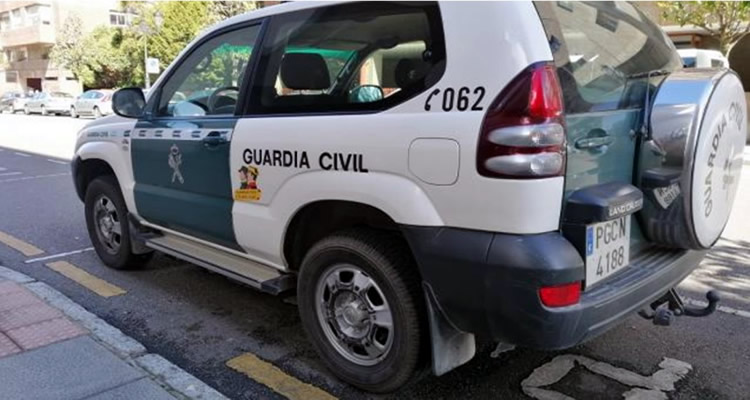 Guardia Civil officers have arrested eleven people in the Valencian Community, believed to be linked to the Calabrian mafia, suspected of being the perpetrators of at least a hundred crimes of fraud in the commercialisation of citrus fruits, committed in the provinces of Alicante, Almeria, Barcelona, ​​Castellon, Girona, Madrid, Murcia, Tarragona, and Valencia.

According to a statement from the force, the detainees are seven men of Italian nationality, aged between 50 and 70 years old, two Italian women aged 22 and 65, and two other Spanish women aged 30 and 37, who are all accused of the crimes of belonging to a criminal organisation, money laundering, document falsification, and fraud.

In addition, there are four others under investigation: a 70-year-old Italian man, a 47-year-old Spaniard, a woman of Uruguayan nationality, and another Spanish woman, both 30 years old, with the eleven detainees having police records in both Spain and Italy for conducting similar fraud operations, as well as for drug trafficking, and possession and trafficking of weapons.

Officers from the Guardia Civil’s specialist team from Sueca, Valencia, that deals with robberies in the field, and telematic crimes, carried out these arrests as part of ‘Operation Truffato’, uncovering a criminal operation that was being run through 18 shell companies (dormant companies) that were dedicated to the commercialisation of agricultural and grocery products.

One of the scams that the perpetrators regularly carried out was to buy entire orange groves with bad checks, an operation that they carried out thanks to the collaboration of grove brokers, who lent themselves to this scam in exchange for money paid in advance, a means by which the gang accumulated 5 million kilos of citrus products valued at more than €2 million.

The criminal activity consisted of requesting lines of credit that they did not repay, subsequently faking the theft or loss of goods in order to collect insurance money, failing to pay suppliers, and falsifying international freight contracts for the transport of agricultural products, while the proceeds obtained from these crimes was laundered through the shell companies, invested in the purchase of jewellery, real estate, and shares in other companies.

The first arrests were made last June in two savings banks in the Valencian towns of Xeraco and Tavernes de la Valldigna, when the suspects were about to receive two lines of credit for more than €300,000, similarly, at a home in the town of Daimuz, and in a warehouse in the municipality of Palma de Gandia, where four more gang members were arrested.

On the same day, four searches were also made at the facilities of a series of mercantile companies dedicated to the sale of agricultural products in the municipalities of Gandia, Castello, Palma de Gandia, and Xeraco, with two more house searches in Grau de Gandia.

Finally, more than 200 bank accounts, both national and international, related to this organisation, which contained a total of €50,000 euros, were blocked, with nine high-end vehicles valued at more than €241,000 confiscated, along with various jewels and luxury watches valued at more than €100,000, different documentation, seals of the display companies, and a fake pistol.

On August 13, the two heads of this criminal group were arrested in Italy, thanks to the issuance of a European arrest warrant from the Court of First Instance and Instruction No1 of Alzira, and five of the detainees are already in prison by order of the judicial authority, with further arrests not being ruled out, as reported by diariodealmeria.es.