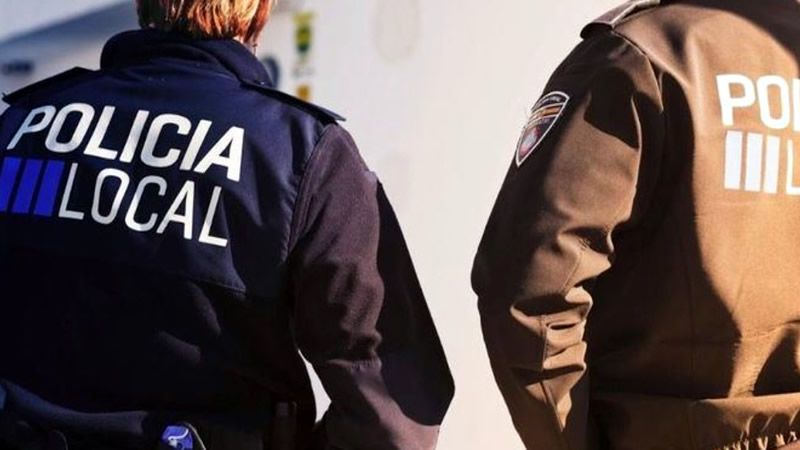 Last night, Saturday, August 21, a 40-year-old French tourist had to be restrained after he tried to throw two local policemen off a hotel balcony in the Mallorcan holiday resort of Can Picafort.

The officers had been deployed at around 9.30pm after several calls informing the police that there was a man hanging from the railing of a balcony on the fourth floor of the THB Gran Playa hotel, on Paseo Colom, in Can Picafort, and when officers arrived on the scene, they verified that the man had half his body outside the terrace, and was about to fall.
When they arrived at the man’s room, they saw he was very upset, and drunk, and was threatening to commit suicide, and after a struggle – due to the man’s build, and strength – they finally managed to get him back inside the hotel room, where he was placed on the floor while they waited for an ambulance and medical team to arrive.
A statement from the police says the man – who told them he was a doctor in France, of Congolese origin – appeared to relax, with his wife saying he had received bad news that his father was dying, and that had made him drink alcohol, something he normally didn’t do, and that he has some trauma from being involved in the war previously in his country, where he had been tortured and had two toes amputated.
As they were waiting for the ambulance, the man allegedly suddenly jumped to his feet and ran out onto the balcony and tried to jump, with the officers trying to restrain him as he punched and kicked them, even trying to throw them over the balcony railing.
Finally, two more officers arrived, along with three of the hotel staff, who between them managed to restrain the man, with medical staff now at the scene, who sedated him and transferred him to the psychiatric unit at the Inca hospital, where the officers stood guard for his own safety, as reported by laopiniondemalaga.es.